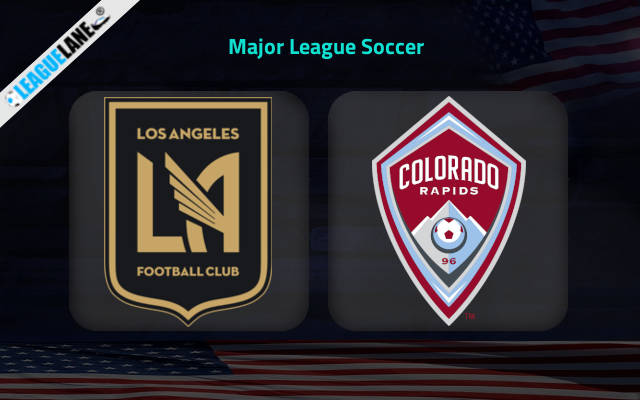 Los Angeles FC and Colorado Rapids will face each other in the starting week of the MLS on Saturday at Los Angeles.

Los Angeles played against New York RB in club friendlies in the last match. Los Angeles won with a large margin, scoring six goals in the match while New York could score only one.

Colorado played their last match in CONCACAF Champions League against Comunicaciones. Comunicaciones scored in the last minutes of the match, ending the game in a loss for Colorado with 1-0 FT score.

Los Angeles ended last season in the 9th position with 45 points. The team had improved their form and had earned unbeaten streak but couldn’t get themselves to the promotion zone. The last ten matches played by LAFC in the last season show the team scoring in eight of them and achieving wins in three.

Colorado ended the last season at the top position of the Western Conference with 61 points. They had played well throughout the season and had lost in their matches only occasionally. From the last ten matches, Colorado has scored in eight and has earned wins in five of them. The team will look to keep playing well in this season and keep their position in this season as well.

Los Angeles had been inconsistent in their form last season. This inconsistent form contributed largely to the team staying in the bottom half. Colorado, on the other hand, has played well in their matches and has lost in only a few matches.

Los Angeles, however, has the advantage of playing in their home ground, where they have played well in their matches. Even in their h2h, Los Angeles has won in all their home matches against Colorado. By the end of the last season, Colorado’s away matches had failed to produce the results the team had hoped for.

So, I believe, the match will end in a win for Los Angeles with both teams scoring in the match and the also we can expect the match to end with over 2.5 goals.