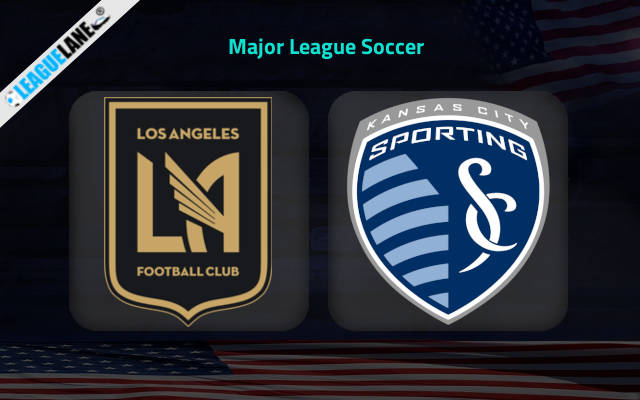 Los Angeles look ahead to lock horns against Sporting KS on Saturday night as both these sides will be looking to achieve a higher position in the league.

The home side currently sit in 11th in the Wester Conference table with 24 points on board after they have played 21 games and they will be looking to edge closer to the final series play-off spots by displaying an impressive performance at home.

They come into this fixture following an entertaining 3-3 draw against LA Galaxy at home which saw the likes of Cristian Arango score once and Brian Rodriguez score twice.

On the other hand, Kansas City are flying high as they sit in 2nd place in the Western Conference table with 40 points on board after playing 22 games as they are just 2 points adrift from Seattle Sounders.

Kansas come in the game after a 1-1 draw against Colorado Rapids which saw Johnny Russel score in the 41st minute of the game.

The away side will be hoping that they can get all three points against their opponents and leap-frog over Seattle Sounders to the top of the Western Conference table.

The home side are set to give a tough fight for Kansas to go away with three points, but we still see that the quality and ambition in the Kansas dressing room to achieve higher targets this season will help them clinch a victory in this game at 3.75 odds.

At the same time, according to the statistics above, we see that there are going to be over 3.5 goals in this fixture once again with the odds stacked at 2.10 as both teams have their own targets and aims this season.