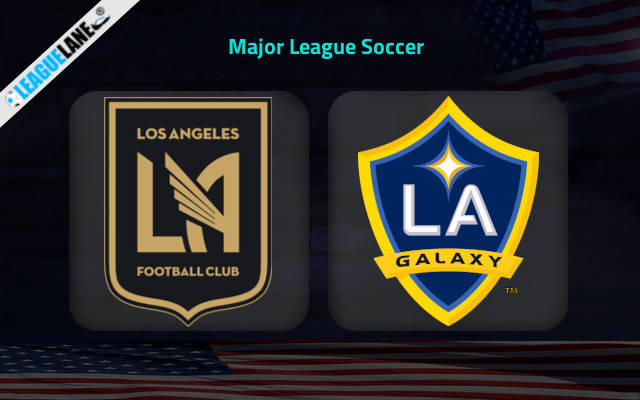 Los Angeles FC have been the best team in the Western Conference so far and it is only deserving that they are placed at the top of the table.

They have scored the most number of goals of all the teams in the conference and they have also let in the least. They have also been the absolute best team at home so far in the West.

While they have scored 23 goals so far in front of their home crowd, none of the other teams in the West have even touched the 20 goal-mark.

Meanwhile their derby rivals Los Angeles Galaxy have had some issues with their results and their defense as well. But one thing that requires special mention is their offense.

They have been finding the back of the net consistently and even so on the road. And most importantly they have scored in plenty whenever these two teams have locked horns with each other.

By the looks of things, it is expected that we are about to witness a high-scoring thriller this weekend.

Los Angeles FC have scored 2 or more goals in 16 of the past 19 overall fixtures, and most of these matches had ended in wins.

On the other hand, 8 of the past 10 games of Galaxy had 3 or more goals and they had remained unbeaten in 9 of their previous 11 road trips.

On top of that, majority of the past head-to-head meetings had goals in huge numbers.

Taking into account these observations, expect a high-scoring match-up between the 2 teams this weekend.