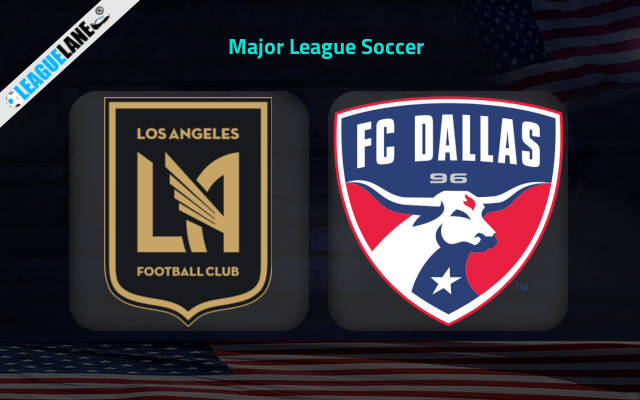 With just one win in their last five matches, Los Angeles FC will be in trouble if they cannot make a comeback soon in the MLS this term. The host will lock horns with FC Dallas in the upcoming clash on Thursday for the three points and redemption in the league.

The Black and Gold have already lost three of their recent five fixtures in the campaign. The host will come into the game on the back of a two-game winless run. Their previous encounter was at home against Houston Dynamo which ended in a 1-1 draw.

Having won only once this season until now after eight rounds, FC Dallas is at the ultimate bottom of the table. five games without a win will certainly affect their morale in the game. They will visit on the back of a 1-1 draw at home with Minnesota in the last league clash.

It has been a strong competition at both ends when these two sides meet. Both teams have scored nine goals each in the campaign so far this season. So, the tip for BTTS will probably be the best bet.

Despite a poor form in the campaign, the host enjoys the ground advantage in the game. They have lost only one of their recent five attempts at home.

Besides, FC Dallas is at the ultimate bottom of the table. Thus, the home win in full-time will probably be the best bet for the punters.