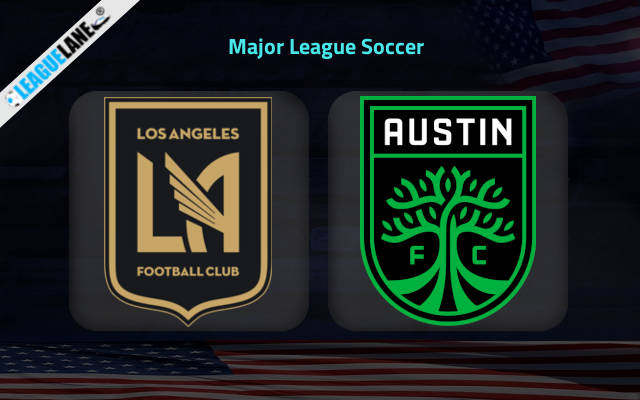 Los Angeles FC and Austin FC are looking to qualify for the MLS Cup for the first time ever as they take on each other in the Conference Finals on Sunday evening at Banc of California Stadium.

The Supporters’ Shield winners found the late stoppage-time winner from Chicho Arango who took advantage of the goalkeeper’s error to nick the goal at the death of the game and set the final score at 3-2.

LAFC now have ten wins in the previous eleven home outings in MLS and they deservedly enter this tie with a big favorites’ tag.

Nevertheless, the hosts will need to dig deep to secure the win over Austin FC who will be anything but an easy nut to crack for them on Sunday.

Austin are here for the first time in their history and they will surely not give away anything for free.

The visitors dispatched Dallas FC 2-1 at home last weekend thanks to early goals from Moussa Djitte and Sebastian Driussi.

It is worth noting also that Austin FC had earlier only narrowly avoided elimination in the clash against Real Salt Lake, beating the rivals on penalties after a 2-2 stalemate in the regular time.

However, it’s Austin who will come into this on the back of two successive victories over LAFC, including the 4-1 drubbing in the previous encounter in late-August.

The Over 2.5 goals FT & Both Teams To Score bet landed in each of the previous three head to head meetings between these sides.

Both teams have genuine predators in the final third in the likes of Chicho Arango and Sebastian Driussi. They both favor attacking-minded football and the Over 2.5 goals FT & Both teams To Score pick has to be the way to go here at the odds of 1.80.

Sebastian Driussi bagged 25 goals in 36 appearances for Austin FC this term. You can back him to score anytime here at the 3.40 odds.