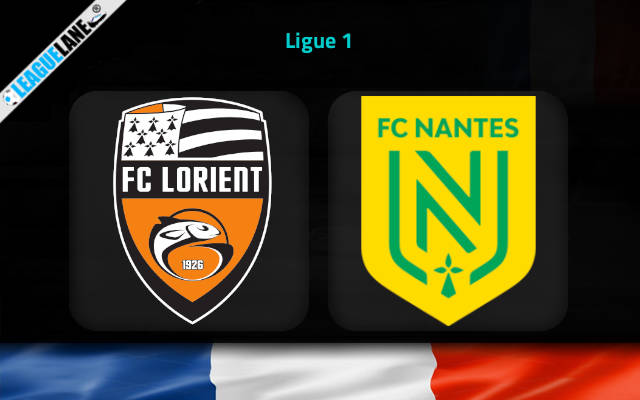 Lorient are in fine form and should be able to cause Nantes plenty of problems on Sunday afternoon at Stade du Moustoir.

Nantes looks weaker than last season when they finished inside the first 10 of the league standings. The visitors started of with three winless fixtures.

But they seems to have picked up things from the previous fixture against Toulouse. The match recorded as their first win this season. It had seen their offensive touching the back of the Toulouse net thrice.

Anyways, they disappointed their supporters as the team recorded 2 consecutive winless games further then.

However, they have started off this season with a set of unbeaten outcomes. The team is somewhat maintaining their unbeaten consistency except for a defeat against Lens a couple of games ago, with a perfect score of four wins.

Nantes have generally offered weaker performances on travels than at home lately. They won only one of the past 5 away matches.

On the other hand, Lorient possess a 100% winning record in front of their home supporters this season. A 3-1 win against Lyon in the latest Ligue 1 Affair at this patch is more than enough to showcase their strength.

Thus, we expect a winning performance from the hosts on Sunday.