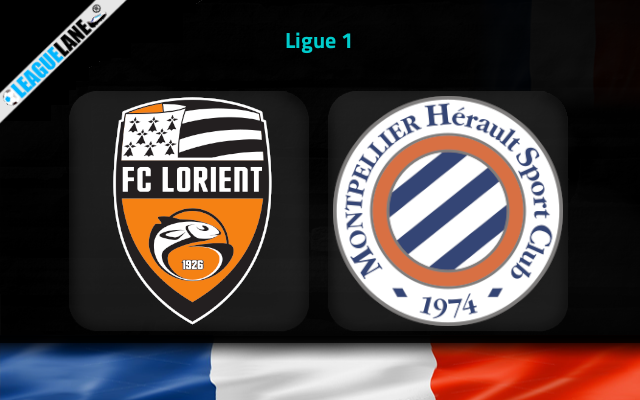 Lorient will be looking to get back on the winning track on Thursday afternoon when they host Montpellier in the 16th round of Ligue 1.

The hosts were one of the most pleasant surprises of the entire competition in the opening ten rounds.

Nevertheless, they run into a crisis, going five successive matches without a defeat and dropping out of the top-four in the table as a consequence.

Thursday’s clash against Montpellier should provide the hosts with a great opportunity to get their campaign up and running again after the World Cup break.

Montpellier have one of the weakest defensive records in the league. They allowed 29 goals in 15 matches (almost two per game) so far in the campaign.

On a positive note for Romain Pitau, his troops did manage to pick up back-to-back wins in the recent friendlies against Rodez (a Ligue 2 side) and Toulouse.

On a negative note, Montpellier are up against a very strong offensive unit on Thursday. Lorient have a genuine predator in the final third in the like of Teremas Moffi who has already bagged ten goals so far in the season.

Moffi is ready to lead the line for his outfit on Thursday and we fancy his chances of exploiting the holes in Montpellier’s back line at Stade Yves Allainmat – Le Moustoir.

We don’t trust either team’s defense going into this tie. Both teams have continued to struggle defensively in the latest mid-season checks during the WC break.

Since Lorient have generally been much better than Montpoellier overall in the opening 15 rounds, we like their chances of claiming the spoils in front of the home crowd on Thursday. We’ll go with Lorient to win & Both Teams To Score at the 3.75 odds.