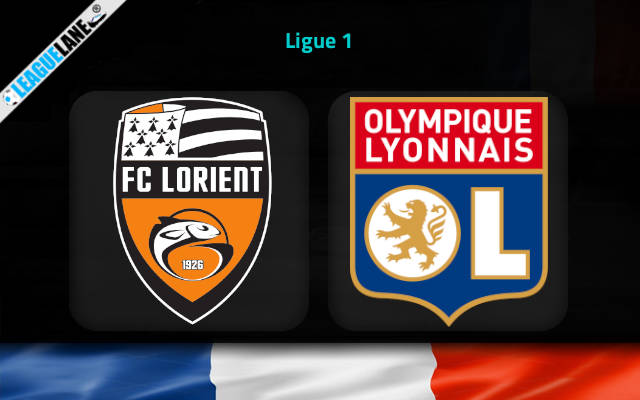 Lorient were one of worst the last season, and they were lucky to have avoided relegation.

However, they have started off this season with a set of unbeaten outcomes. Except for a defeat against Lens a game ago, the team is somewhat maintaining their unbeaten consistency with a perfect score of three wins.

Meanwhile, Lyon have been one of the top performing teams in the French top flight for the past several years. And it seems that they have started this new campaign on a good stretch as well.

The previous season saw Lyon failing to find a safe zone spot at the end. And it appears that they are determined to make amends this time. They are on an unbeaten run so far.

Moreover, they own an impressive offensive line-up which have scored two or more goals from the previous two league fixtures.

By the looks of things, we expect an interesting Ligue 1 affair at Stade du Moustoir on Wednesday evening when these two outfits lock horns.

Lyon have a 100 percentage unbeaten record in the new season and are currently at the fourth spot while Lorient lost one to occupy the sixth spot.

Lorient should be worried of the offensive strength Lyon possesses. The team have scored a total of 12 goals from the previous four outings in the league.

Considering these observations, we are expecting a win for the visitors while you can also go with the both teams to score bet.