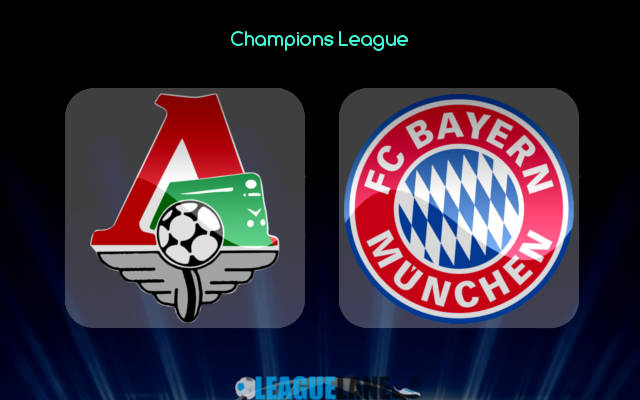 Bayern Munich travel to Russian to take on Lokomotiv Moscow after a thumping 4-0 win over Atletico Madrid at the Allianz Arena on matchday 1.

The Bavarians have now made it 12 Champions League wins on the bounce and it is not a surprise to find out that they are priced at 1.20 odd to win at RZD Arena.

Bayern backed up their midweek victory with another dominant 5-0 win at Eintracht Frankfurt.

Lokomotiv Moscow started their Champions League campaign away at Salzburg and returned with a 2-2 draw in a match they were posted are huge underdogs.

Anyway, they had a disappointing weekend after the 1-2 defeat at home to foot of the table team Rotor Volgograd.

The home side is priced at 12.00 odd to mount an upset against the defending Champions League and Bundesliga champions, while a draw can be backed at 7.00.

The only head-to-head meeting between Lokomotiv Moscow and Bayern Munich happened in the 1995/96 season of the UEFA Cup. The railwaymen bagged a surprise 1-0 win at Munich only to inspire Bayern to crash the lead with a thumping 5-0 win in the return leg.

Overall, the Loco met German clubs on 10 occasions across various UEFA tournaments, but managed to win only twice and lost the remaining 8. Strange enough, they lost all 5 home games during the period.

Bayern on the other hand have a strong record against Russian teams. A total of 11 wins and 6 draws were garnered from 20 previous meetings while losing in 3. In Russian soil, their record is 5 wins, 3 draws & 2 losses from 10 games.

Anything else than a Bayern win at the RZD Arena will be huge surprise and the odd for away win are expected to further dip under 1.1 closer to the kick-off.

But my aim is to find a strong bet with decent odds and in that case my recommendation is none other than the over 3.5 goals. Since the start of the new season, Bayern saw over 2.5 goals in all matches, that is Bundesliga + DFB Pokal and Champions League. Meantime over 3.5 goals is seen in all except one.

And this is a team that scored 22 goals from 5 Bundesliga games this season and 4 against a team with bullet proof defense like Atletico Madrid.

Meantime, Bayern to win the first half and ht/ft are decent options at 1.44 and 1.57 odd respectively.

Anyway, as an alternate bet, I will be taking the away win on a -1.5 Asian Handicap since their 5 Champions League wins before final last season saw the same.