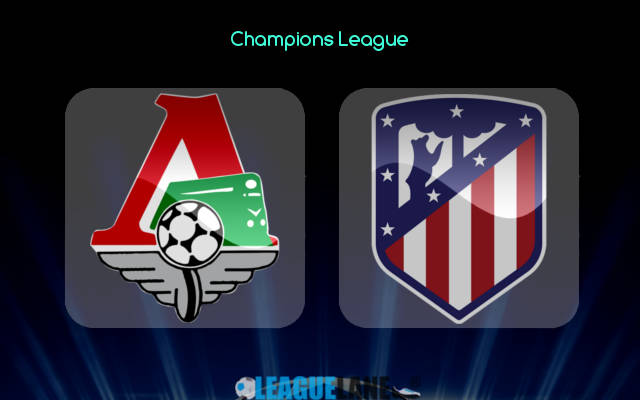 Last week saw Diego Simeone’s team engaged in a thrilling contest at the Wanda Metropolitano against the RB Salzburg. Joao Felix rescued the day and three points and the 3-2 win helped them to move up to second in the table behind Bayern who thrashed them 4-0 on matchday 1.

Lokomotiv, with 1 point are joined at the bottom by Salzburg and they must secure at least a point on Tuesday to remain in contention for knockout phase qualification.

The teams did well against Bayern last week, but undone by a brace from Joshua Kimmich. The 1-2 defeat came on the back of a 2-2 draw at Salzburg on matchday 1.

The overall form of Lokomotiv does look bad and they are without a win in 4 games across all competition, 3 losses and 1 draw.

This is why the railwaymen are priced at 10.00 odd to win on Tuesday. A draw can be backed at 4.75 and Atleti whose defense looked shaky in recent weeks are priced at 1.36 odd.

The teams have met 5 times so far and Madrid are unbeaten with 4 wins and 1 draw.

It is important to note that they were in the same group of last season’s Champions League and the matches saw a pair of 2-0 wins for the Spaniards with Joao Felix scoring 3 of those 4 goals.

Atletico Madrid v Russian teams: 13 overall meetings – 9 wins, 2 draws and 2 losses; unbeaten as an away team in 7 matches with 5 wins and 2 draws.

Atletico Madrid is without a doubt the better team in this contest by the look of recent European and domestic forms combined.

Furthermore, Simeone’s men have world class players in every department and the experience of playing at the highest level, thus could make light work of the Russians on Tuesday.

Lokomotiv who started the season on high note are on a downward spiral having lost three competitive games on the bounce. They are under pressure here and anything less than a win could put them out from qualifying for the knockout of the competition.

It is a small price on offer for the away side to win at RZD Arena, but could be backed on medium and high odds.

Atletico do not have the defensive stability they used to have in previous seasons and they have conceded 7 goals in the last 4 matches. Lokomotiv despite win-less in their last 4 saw both teams scoring in those matches. Moreover, they created around 15 chances in the 1-2 defeat here to Bayern and thus we can expect goals at either ends and the best option will be the over 2.5 goals priced at 1.90 odd.

Meantime, Jaoa Felix who scored 2 goals each in his last 2 appearances for the clubs is my top pick for anytime goal-scorer. Also, he scored Atleti’s first goal when the teams met at this stadium in October 2019.