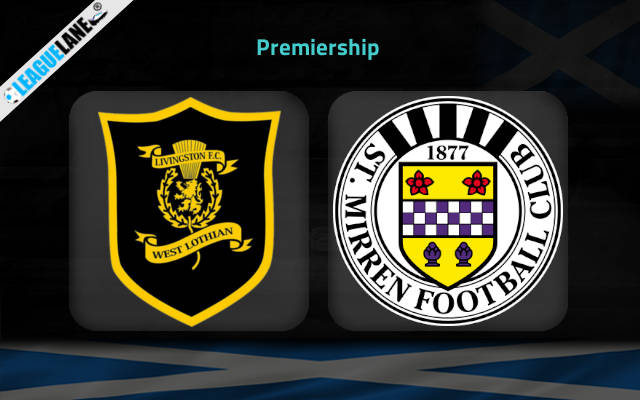 Livingston vs St. Mirren Predictions and Free Tips from our expert tipsters when the teams go head-to-head in Premiership on Wednesday, 28 December 2022.

St. Mirren did the unthinkable as they defeated Aberdeen by a huge 3-1 margin. Manager Steve Robinson will expect a similar result as his team will play against Livingston for the final time this year.

Meanwhile, Livingston suffered two back-to-back defeats against Celtic and Hibernian. Against the latter, only Ivan Konovalov performed well as he stopped seven shots on target.

The visitors remain unbeaten in the last seven head-to-head meetings. Both teams last met back in October and St. Mirren won that game by 2-1.

Do also note that the last time the host won this fixture was nearly two years ago.

Who will in the match between Livingston and St. Mirren?

St. Mirren will take home all three points from this game. They are one of the best teams in the league this season. At the same time the past records shows that they have an excellent unbeaten record against Livingston. The host have lost two of their December fixtures as well.

The last four head-to-head meetings between these two teams ended with less than two goals combined, with just one exception. At Tony Macaroni Arena as well the same trend is observed.

Both teams have scored in three of the last four meetings. When both these teams last played in October the scoreline was 2-1. We can expect both teams to score this time as well.

The visitors are on a seven-game unbeaten streak against this team since 2021. Not to mention that they recently defeated Aberdeen by 3-1. They won by 2-1 when both these teams played in October. Therefore, the first tip is that St. Mirren will win this game – at 3.00 odd.

Our second tip is that Both teams to score – at 1.95. Both teams have scored in three of the last four overall head-to-head meetings.