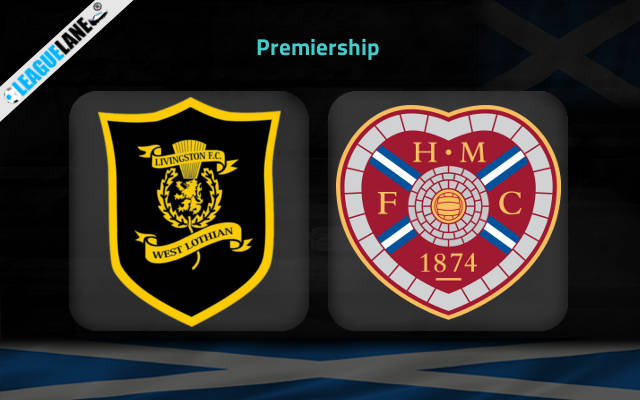 A battle between 3rd and 11th positioned teams takes place as Hearts reside at the zone for promotion to Championship while Livingston is at the red zone in the second last spot probable for a relegation. The visitors and their traveling fans hope for an away win this Sunday as they en-route to Tony Macaroni Arena.

The Lions are at the rock bottom on the table at the second last position of 11 with having only 13 points from 15 games. They won only 3 games while drawing 4. A total of 8 games ended in a defeat with the second most poor goals to conceding ratio on the table in at 12:22.

They lost the previous two fixtures against Aberdeen and Rangers conceding 5 goals. They have seen their defense breached in 5 of their previous 6 clashes and are without a win at home for the past 3 league matches. Their last win was against Ross County who are at the last position on the table as of now.

The away team sits at the 3rd spot with 27 points in hand. Of the 15 matches played, they had 7 wins with 6 draws. They only lost 2 of the matches while having a decent goals to conceding ratio in the league in at 25:14 while considering the other teams.

They have been scored against in 5 of their last 6 matches, scoring 9 goals while letting opponents get 8 in total. At the back, Hearts have been far from perfect. They won the previous game against St. Mirren by 2-0.

We feel that Livingston could well find it tough to put goals past this Hearts side who we think should do enough to score at the other end and edge ahead. In addition to that, the Lions have a poor track record at home while the visitors perform fairly at away schedules.