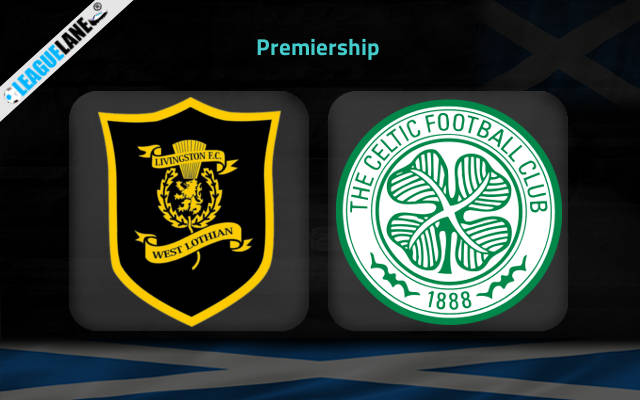 Reigning champions Celtic are on a mission to repeat their heroics. They are at the top of the league table, and that too in style. The inconsistent Livingston do not stand much chance this Sunday at the Tony Macaroni Arena against the toppers/champs.

Celtic currently have a 100% winning record barring a single draw, and they easily have scored the most number of goals of all the teams in the competition. In fact, while they slotted in 39 goals till now, only two other squads even managed to score more than 20.

It also requires mentioning that they let in the least number of goals of all the teams in the competition.

Meanwhile, only the dead-last placed Ross County scored fewer goals than Livingston, and they are also one of the only three teams in the Scottish top flight to yet to score ten goals this season.

Going on, they also have a poor h2h record against this rival over the years, and considering all these observations, expect a win for Celtic this Sunday.

Livingston have three wins to their name in the past three months, and all along they let in goals quite in plenty. And to make matters worse for them now, they are about to take on the reigning champions of the league.

Celtic are dead-determined to not let arch-rivals Rangers have another go at the title. They have a lead of four points at the top of the table, and most importantly, the second-placed Rangers are pitted against the third-placed Aberdeen next.

At least one of the two will drop points, and this is an opportunity that the defending champs just cannot let go.

Count on them to post the three points on the board this weekend.

Tips for Livingston vs Celtic