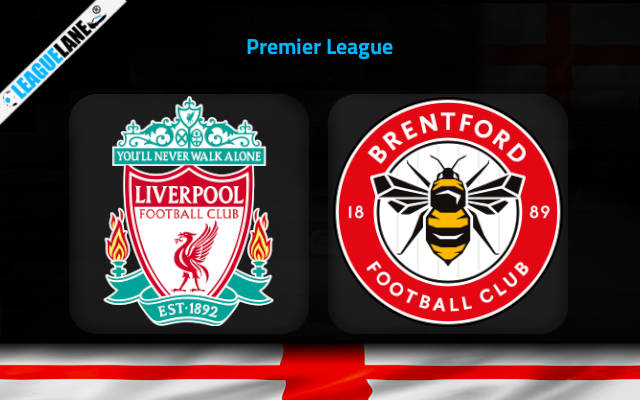 Liverpool are placed third in the table, and they are almost sure that they would secure a podium spot at the end of the season. However, Jurgen Klopp’s men will not be satisfied with that. They would want to go for the title.

However, toppers Manchester City have quite a lead, and are in spectacular form. The second-placed Chelsea though, is another story entirely.

The Blues are going through a poor stretch of performances at the moment, and they are next pitted against Pep Guardiola’s men. By the looks of things, Chelsea should be dropping points this match-day.

And this is an opportunity that the Reds cannot let go. It helps that they are pitted against the recently-promoted Brentford, who have been one of the weakest teams in the competition lately.

Liverpool are rightfully deemed favorites to post the three points on the board.

Liverpool registered a 2-2 draw on the road the last match-day in the league, against European champions Chelsea. They followed it up with a 4-1 win against Shrewsbury.

Going on, they were unbeaten in 44 of their last 47 overall games, and they had gone on an eight-fixture winning streak in the process.

On the other hand, Brentford lost 4-1 on the road the past game week, against Southampton. They were also winless in 11 of their past 16 overall matches, and they have a total of just two league wins on the road this season – the latest of which had come three months back.

Taking into account these observations, as well as past h2h stats, expect a win for Liverpool this weekend.

Tips for Liverpool vs Brentford