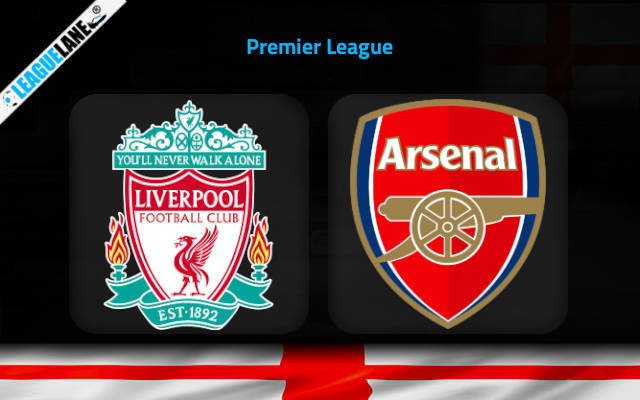 Liverpool will be hoping to bounce back with a win when they welcome Arsenal for Saturday’s Premier League clash.

The Reds were beaten 3-2 by West Ham on matchday 11, handing their first defeat across all competitions this season. They were also held to a 2-2 draw by Brighton in the previous week and as a result, dropped to 4th in the league table.

Arsenal are coming on the back of a fine run of results. They defeated Watford by a single goal to extend their unbeaten run to 8 games before the international break.
The Gunners are 5th in the table with 20 points, just 2 points behind their Saturday’s host.

Arteta’s men do have a point to prove this week with the recent results coming against lesser teams. Also, this is a ground that handed them some heavy defeats in the last decade.

This Saturday is a real test for Arsenal who is yet to beat a top team this season. They face-off against Chelsea and Manchester City and both ended in embarrassing defeats and those were before they started the 8-match unbeaten run.

Nevertheless, there are 6 wins during this run, but one may start to doubt looking at the opponents. The likes of Aston Villa, Burnley, Watford and Norwich are relegation bound. Meantime Tottenham and Leicester are nothing but inconsistent.

Liverpool too has a point to prove after dropping points in the last 2 Premier League matches. But this is a team that crushed the likes of Manchester United and Atletico Madrid in the same period and it is easier said than done to beat them at Anfield with fans back in the stadium.