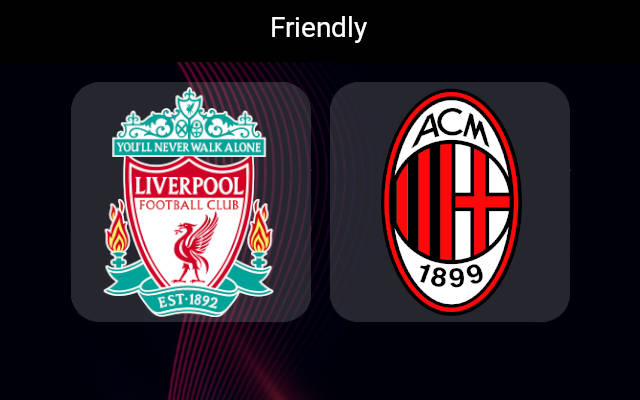 Liverpool will finish their participation at the Dubai Super Cup with the clash against Serie A champions AC Milan on Friday afternoon at Al Maktoum Stadium.

Arsenal have already won the tournament, meaning this match will only be played to determine the last-placed side in the event.

Obviously neither manager has any interest in a result in terms of the success at this competition in the United Arab Emirates.

Both Jurgen Klopp and Massimiliano Allegri will rather fancy seeing a strong performance from their respective players on Friday.

Liverpool did not look good in a 1-3 loss to Lyon but it is worth noting that Jurgen Klopp made numerous changes at the half time. These permutations allowed Lyon to bag two second-half goals and eventually win the game.

We expect Liverpool to come out with a strong squad here, including Darwin Nunez who has just returned from his World Cup adventure with Uruguay.

On the other side, AC Milan will miss two very important players in the likes of Olivier Giroud and Theo Hernandez who will lead France in the World Cup final against Argentina on Sunday.

I Rossoneri fell 2-1 to Arsenal three days ago in their first game at this competition. They will also be without Zlatan Ibrahimovic, Simon Kjaer, Davide Calabria, Alessandro Florenzi, Mike Maignan, and Rafael Leao.

AC Milan will send a mixed lineup to the pitch here as Divock Origi is expected to lead the line for them on Friday. We expect a much stronger squad from Liverpool, featuring Salah, Firmino, and Nunez up front.