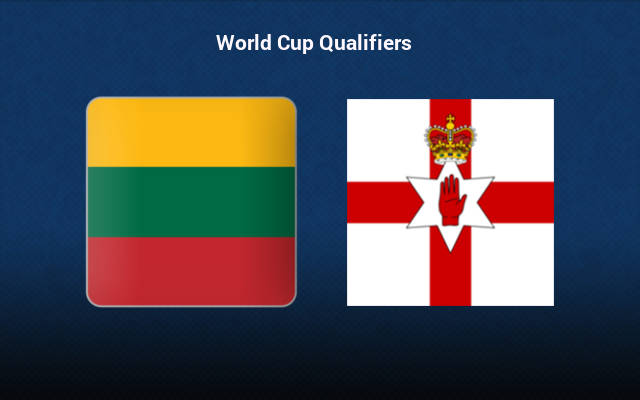 Lithuania and Northern Ireland are looking to score their first goals in the 2022 World Cup Qualification campaign on Thursday when they take on each other in the fourth round of the competition.

Lithuania and Northern Ireland are set to battle it out in a low-profile World Cup Qualification tie on Thursday evening at Vilniaus LFF stadionas.

Both teams have already lost all (realistic) hopes of making it to the top two in qualifying Group C despite playing just two games so far.

While Lithuania (who have never been at any major tournament) did not enter this specific campaign with any expectations, their rivals had certainly hoped for a better start.

Northern Ireland failed to break the deadlock against a weak Bulgaria side in the second round (a goalless draw at home).

Knowing that Italy and Switzerland hold the top two spots, each with a perfect record so far, it is hard to believe in serious changes to the Group C standing by the end of the campaign.

The head coach Ian Baraclough has a dreadful record at the helm of Northern Ireland. He has managed to win just 1 of 13 games since taking over Michael O’Neill exactly a year ago.

His lone victory came in a friendly against Malta in June this year (0-3 on the road).

Prior to this campaign, these two sides only came across each other once.

It happened in the 1994 World Cup Qualifying campaign. Back then, Northern Ireland claimed four points from two meetings with the Lithuanians, courtesy of a 0-1 victory in Vilnius and a 2-2 draw in Belfast

This will only be the third head to head encounter between the two rivals.

Both Lithuania and Northern Ireland are struggling badly for goals and they are both fairly tough to break down whenever they play weaker rivals.

This match has a goalless draw written all over it and we just have to try with this option at the sky-high 8.00 odds. Those who prefer safer picks can take the 1.53 odds offered for the Under 2.5 goals FT bet.