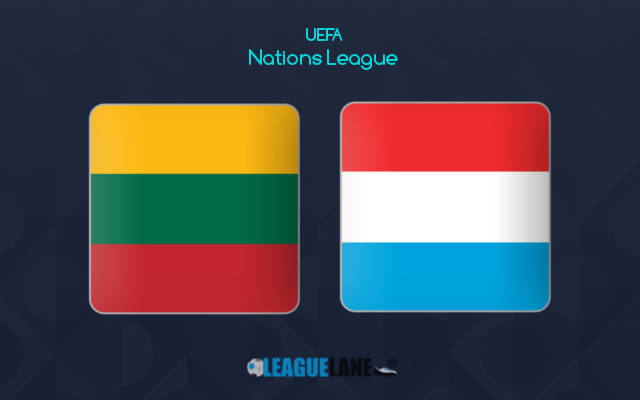 These 2 teams are counted amongst the absolute worst teams in the world and it is only deserving that they are part of the League C in Nations League. As expected, they are going through hopeless runs at the moment and are letting in goals in huge numbers.

Lithuania were part of the same League C last time around as well and it was only through a stroke of luck that they managed to avoid relegation to the dead-last division. And it also needs to be mentioned that they remained winless at home throughout the campaign.

Meanwhile, Luxembourg were also part of the same league. They do have had a similar stretch of results during this period. And worryingly they are on the road this weekend, where their performances have not at all been confidence-inducing.

In fact, they have been letting in goals in huge numbers in such match-ups and most importantly, majority of head to head clashes between the 2 teams have produced goal-fests as well.

It also goes without saying that both these teams had missed out on a ticket to the World Cup and that too in embarrassing fashion. Lithuania were placed dead-last in Group C, and had 100% losing record, barring a single fixture.

Luxembourg too missed out on qualification to the grandest stage of football by conceding the most number of goals in Group A.

By the looks of things, expect a high-scoring affair this Saturday between the 2 teams.

Lithuania were winless in 13 of their past 15 overall fixtures, and in the process they had gone on 9-game losing streak. It also needs to be mentioned that they have won a total of just thrice at home in the past 5 years.

On the other hand, Luxembourg are on a 3-fixture losing streak and they were also winless in 14 of their past 17 games. Do also not that they had let in 3 or more goals in 4 of their past 8 overall matches.

Judging these observations as well as past head to head scorecards, expect a high scoring match between the two teams this Saturday.

Tips for Lithuania vs Luxembourg