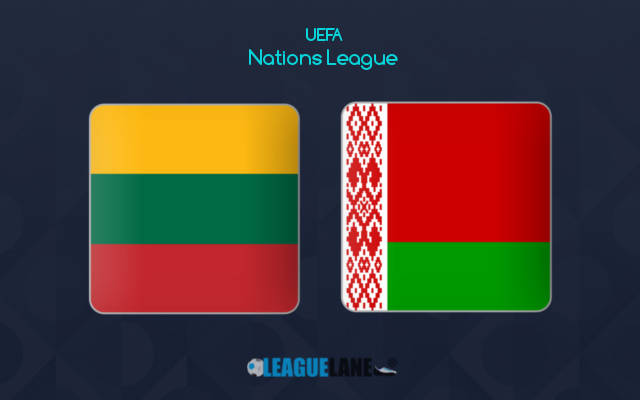 Rinktine are one of the worst teams in the whole of Europe, and that is easily evident by their FIFA ranking of 131. As an accompaniment, they also do have one of the weakest defenses in the continent.

In fact, they had conceded goals at a rate of more than 3 in the recently-concluded Euro Qualifiers. Not only did they finish dead last in Group B there, but conceded the most number of goals and remained winless throughout the campaign.

To make it further clear, they had lost all of their fixtures but one, in the whole tournament.

As of now, they are bottom-most in the Nations League Group C4 as well.

Meanwhile, the White Wings have recently developed a bit of form, and especially on the road. In an effort to avoid relegation to League D, it’s certain that they will target the worst team in the group – which is Rinktine.

Moreover, they also do have an unbeaten record against this opponent.

Likely, expect Belarus to have the upper hand this Sunday.

Rinktine recorded a 0-1 win on the road the last match-day, against Albania. In the meantime, the White Wings registered a 1-2 win away from home, against Kazakhstan.

As things stand now, Markhel’s men have the advantage. They had won three of their former four overall games, and had kept clean sheets in two of those.

On the road, they are on a winning run since November of last year, and they have conceded a total of just one goal in the process.

On the other hand, their counterparts were winless in 43 of their former 50 match-ups, and of these an alarming 34 were wins. During the stretch, they had gone through a seven-game losing run, two separate six-fixture losing streaks, and a five-match losing run as well.

Going on, they have also had won just once at home in the past 40-month period, and on top of all that, they have a 100% losing record run at home in h2h matches. They also are trying to score their first goal in such a game.

For all these reasons, expect Belarus to deliver an impressive performance this week.