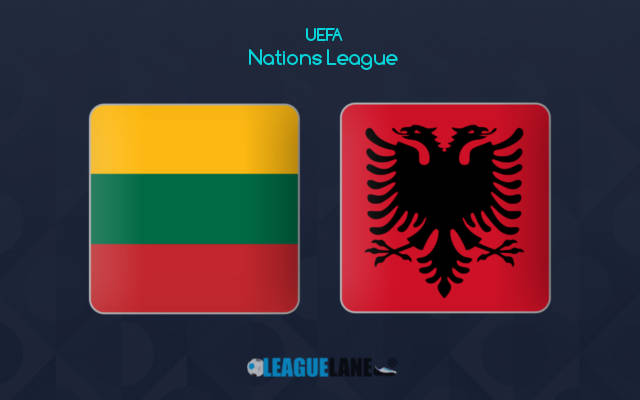 The Group 4 in League C has been at balance halfway through the tournament stage, as all teams share four points each in the table so far. Lithuania is at the ultimate bottom, courtesy of their goal difference in the table.

Playing as the host will have its perk for the home team, but facing Albania at the 66th rank in FIFA, while being at the 131st spot in the same will take some extra work in ninety minutes. Since the reverse fixture favored them in the UNL this season, the host will be hopeful.

Lithuania was more lethal in their attacks in the reverse fixture of the UNL campaign. And despite lacking the ground advantage, the Rinktine had a 0-1 win on the road against Albania.

Now that they are at the comforts of home, we can expect a couple of goals in ninety minutes. So, the tip for over 1.5 goals will probably meet the needs of the punters in the encounter.

Even though the goals are likely to be produced in the match, it’s not sure as to if both teams will see the back of the net in ninety minutes.

None of the recent four fixtures of Albania has ended with a BTTS, and the same goes for the host in four out of five clashes in the schedule. So, the tip for no BTTS will probably come in handy in the game.

Since both teams have equal chances, the double chance favoring both sides will probably be the best bet for the punters. Besides, none of their h2h meetings have ended in a draw.