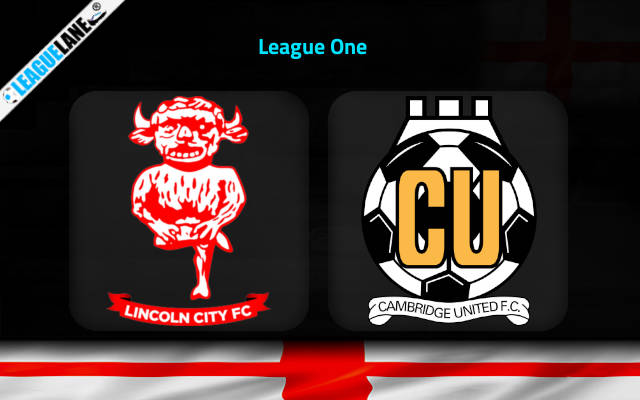 Lincoln and Cambridge are one below the other on the table with only a point in the difference.

The visitors are without a win for the past 3 league fixtures and has lost three games from the five previous schedules.

The hosts are on the back of 2 consecutive wins and seeks to extend it to a hat-trick as they invite the Yellows at LNER stadium this weekend.

Lincoln City are at the 16th spot on the standing with 28 points from 24 games. They won and drew 7 games each while losing on a 10 other occasions. They have scored 29 in total while conceding a sum of 32 so far.

The Imps won the last 2 league schedules against Oxford United and Sunderland after a defeat on boxing day. Lincoln City have been scored against in 5 of their previous 6 clashes, giving up 9 goals on the way showcasing their far from perfect defense.

On the other hand, Cambridge United is just below them at the 17th position on the table with 27 points. Of the 24 matches played, they won on 6 games while the number of draws and losses stand 9 each. Their total goals to conceding ratio stands at 32:38 which shows their poor defensive layout.

The U’s drew the previous league match to Portsmouth while they won the FA Cup fixture against the Premier League Newcastle team by 1-0. They got revenge by kicking Portsmouth out of the EFL Trophy to get advanced into the quarter finals against Rotherham.

The visitors have not emerged victorious against Lincoln City when they’ve played them away from home in the last 4 league games.

We anticipate a draw no bet as the hosts are worst at home, not winning 75% of the home games played this season while the visitors are also average at away fixtures. Even so a narrow win can be only expected.