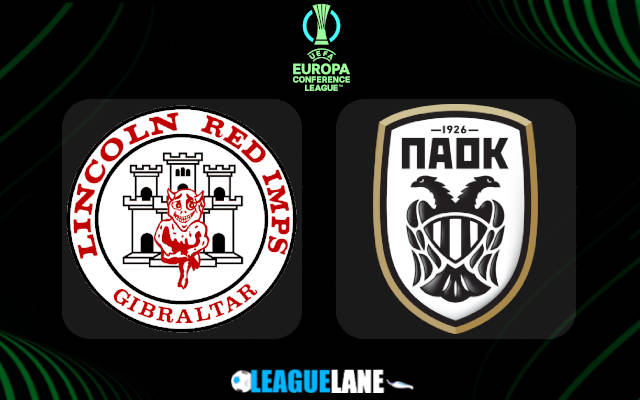 The Red Imps are supposed to be the whipping boys for other teams in Group F. The Conference League was envisioned with an aim to give European experience to teams that had no possibility to make it to the CL or the EL.

And the Red Imps are reaping the benefits as they have become the first team to represent Gibraltar in the mains of a European competition.

Nothing much is expected from them, as they are clearly punching above their weight here. It’s anticipated that other teams in the group will possibly be targeting them in order to post some easy points on the board, as well as to improve their goal difference.

And PAOK have been blessed with a great opening game for their campaign. Right away they have a chance to race to the top of the table, and they would even hope that the other two teams in the group would play out a draw.

PAOK had shown great spirit in securing a ticket to the competition from Greece.

In order to make it to the Third Qualifying Round to the Conference League, the team had to finish second in the league table, and at the end of the regular season, they could make it just to the fourth position.

However, they did deliver an almost flawless playoff campaign, and climbed two spots higher by the end of the season.

And if that stretch of performances is any indication, expect a huge win for PAOK this Thursday at the Victoria Stadium.

Not only are the Imps inexperienced in Europe, but their chance could not have come at a worse time as well. Currently they are on a long unimpressive streak. In fact, they are winless in their last six games in a row, and three of those were losses.

They had also conceded two or more goals in all of these three defeats.

On the other hand, their counterparts were unbeaten in seven of their past nine fixtures, and six of these were wins. Moreover, they had also won five of their past six road trips, and had scored two or more goals in four of these.

By the looks of things, expect a dominant PAOK victory against the inexperienced and struggling Red Imps.