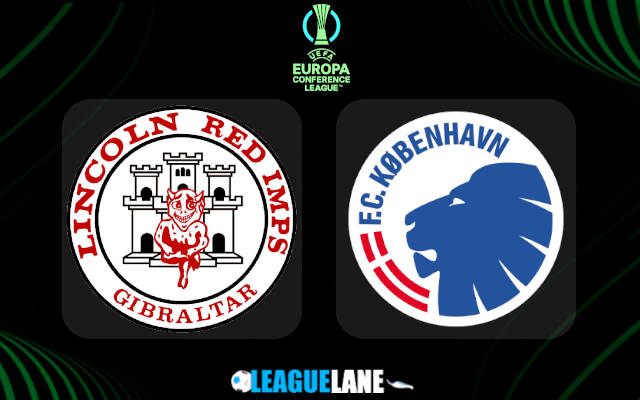 Time is running out for Lincoln Red Imps to claim their first-ever UEFA group stage point, and a match day 5 fixture against UEFA Europa Conference League Group F leaders Copenhagen seems an unlikely task to complete. They face each other at the Victoria Stadium on Thursday.

The Red Imps sit at the bottom of the table losing all games in the group while conceding 11 goals.

As domestic double winners, for the 16th time, in 2020/21, they entered this season’s UEFA Champions League, and won their opening qualifying tie against Luxembourg’s Fola Esch. However, subsequent defeats for Mick McElwee’s side sent them into the UEFA Europa Conference League play-offs.

Copenhagen are competing in a 14th UEFA group stage campaign, having missed out last season when they were eliminated in the UEFA Europa League play-offs by Rijeka. Domestically they finished third in the Danish Superliga.

The Lions are the table toppers in Group F with 3 wins in 4 games grabbing 9 points. They have only lost to PAOK by 1-2 in the last month.

The home team have a poor track record against the clubs from the opponent’s country as they have lost the 2015 UEFA Champions League against FC Midtjylland by 3 goals in aggregate. The Danish side have not yet played against any clubs from Gibraltar.

With a defence like that, it’s little surprise that the 16-time Gibraltarian champions are already condemned to finish bottom of the group, but with only three teams across the UECL still on zero points.

A victory in this clash will see Copenhagen progress, and could even see them secure first place with a game to spare if Group F’s other fixture ends in a stalemate. That gives the Danes huge incentive to secure all 3 points.

The rock-bottom side obviously suffer at the back, and we do not believe that they are capable of upsetting the Danish outfit this Thursday as they host them at the Victoria Stadium.