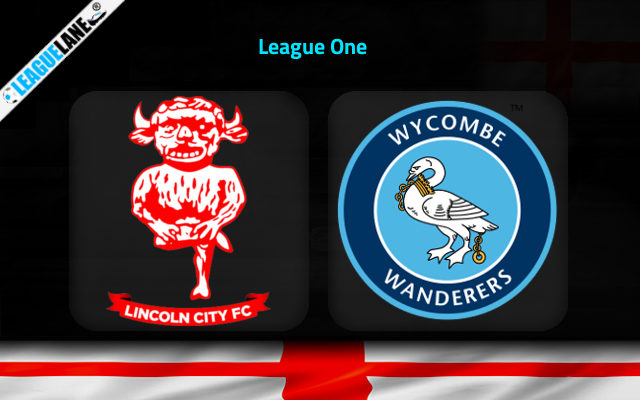 Lincoln City vs Wycombe Predictions and Free Tips from our expert tipsters when the teams go head-to-head in the England League One on Saturday, 10 December 2022.

Lincoln City are a team that lacks consistency this season. They have bagged five points from their last five games. The Imps have more draws than victories.

They face Wycombe in Saturday’s League One match. Wycombe are currently 10th in the table and have managed to show a good display in the last five games.

These two teams have met seven times in the last decade. Wycombe are unbeaten in all those seven games.

Wycombe won and drew one in the last season’s head to head meeting against Lincoln City. Do also note that the previous two meetings at this stadium had finished in a draw.

Who will win the match between Lincoln City vs Wycombe?

Lincoln City are one of the two teams to remain unbeaten at home stadium since the beginning of this season. But it deserves to be mentioned that seven of the nine games were draws.

Meanwhile, Wycombe head into this fixture with three wins in their last five road trips. In addition, Wycombe is unbeaten in the h2h matches against Lincoln at this stadium.

It is not easy to select a clear winner based on the above stats. Moreover, their h2h tradition suggests the possibility of a draw.

The over 2.5 goals option has landed in just five games out of the 19 games Lincoln has played in this season. Meanwhile, Wycombe are also heading into this game without playing an over 2.5 goals affair in the last three outings.

Since both sides posses an average offensive line, we don’t expect goals over 2.5 ft.

This is a fixture where both teams are likely to score. The main reason for that is the form of either sides in the respective patches.

Lincoln conceded goals in the last four home matches. On the other hand, Wycombe scored in their previous away matches too.

Taking into account all these observations, we like to back the Draw no bet option in favor of the home side as the main bet.

For the second tip, both teams to score option seems to be ideal.