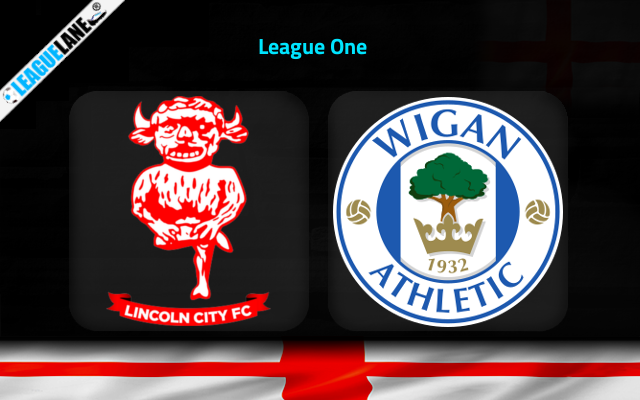 We can easily say that Wigan is the most consistent team of this season when looking at their recording since the beginning. They are in the possession of the top spot and will be hoping to secure it by adding up more points in the table. They owns a strong offensive and defensive line-up too.

Wigan were last seen delivering a 3-0 winning display at home against Accrington in a League One fixture. With that win, they are now on the back of seven consecutive unbeaten games in the league.

Meanwhile, Lincoln City are having a seesaw of form in the league of late. They have recorded all three possible outcomes of a soccer game in the past five league fixtures. A victory is the least recorded among those. They have a decent offensive and a disappointing defensive line-up to talk about.

Lincoln City recorded a 1-1 draw on road against Fleetwood in their most recent league fixture. It was their fourth winless fixture of the past 5 league fixtures.

Despite of their good head to head stats, we can’t see Lincoln City possessing anything impressive in the league this season. At home, they are winless in 7 of the past 10 league fixtures out of which 5 were negative outcomes.

On the other side, Wigan’s strong overall form is reflected in their on road recordings. They have won five of the past 10 on road league fixtures scoring two or more goals.

When such a form owned by Wigan, we can;t back Lincoln City. Therefore, we are backing Wigan to seal a win at the end of this one.