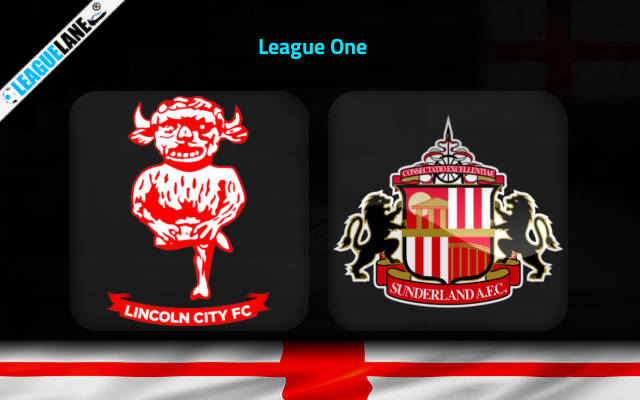 Sunderland haven’t lost a match in 9 of their last 11 away matches in League One and has sealed the last spot of Play Offs. They have won each of their last two league games under Alex Neil and last time he won three consecutive league matches was during his tenure with Preston in December 2020.

Lincoln City are on an inconsistent run in the league, winning a losing back to back. With 25 points and 11 places apart, the Imps are set to host the Black Cats this weekend at LNER stadium for the 39th Round of League One.

The Black Cats are at the 6th spot on the standing with 66 points from 38 games. They won 19 times in the league while drawing on 9 and losing on 10 other occasions. They scored 66 in total while conceding a sum of 48 so far.

Sunderland will go into the match after a 2-0 League One win to beat Crewe Alexandra in their previous outing. Momentum is really building for them, as they have now gone 5 games without losing.

On the other side, The Imps reside at the 18th position on the table with 41 points. Of the 37 matches played, they won 11 games while drawing 8 times and losing on 18 other occasions.

Lincoln City had to go through a 1-2 defeat last time out to Rotherham United. They have failed to prevent opponents from scoring on 5 of their previous 6 matches, shipping 10 goals during that time.

As a matter of fact, Sunderland won this exact fixture against Lincoln by 4-0 last season. They remain unbeaten in their last 3 league matches away from home. We therefore, anticipate an away win this weekend as Lincoln has not won 73% of the games played at home this season and also have a highly unstable squad.