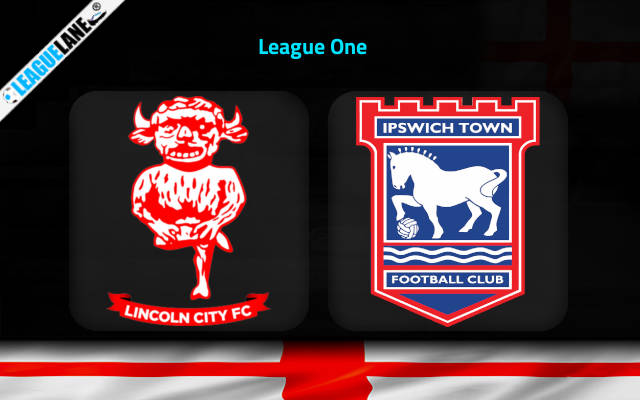 Lincoln City vs Ipswich Predictions and Free Tips from our expert tipsters when the teams go head-to-head in League One on Monday, 2 January 2023.

Ipswich made a comeback and secured one point in their 2-2 draw against Portsmouth last time. This result helped them overtake Sheffield Wednesday in the table ranking. Now, they will aim for a win as they will take on Lincoln City for their first game of the year.

On the other hand, Lincoln are finding it difficult to win games. They are on a three-game winless run and are also out of the EFL Cup. Manager Mark Kennedy and his men have a busy January ahead of them as they will play against Accrington in the Football League Trophy competition.

The host won this fixture back in October. It is worth knowing that they have not won at LNER stadium since 2020.

On the other hand, the visitors have won two of the last three head-to-head meetings.

Who will win the match between Lincoln City and Ipswich?

Ipswich will likely win this fixture, they won the most recent encounter at LNER stadium. Not to mention that they are second in the league. At the same time, Lincoln have picked up only one victory from their December fixtures.

The last six head-to-head matches ended with not more than two goals being scored. In the last two years, this fixture has been a low-scoring one. A similar trend is also observed at LNER stadium.

The only time both teams scored at LNER stadium was during the 2019/20 season. Apart from that this fixture has lacked goals. Moreover, Lincoln did not score against Burton recently.

The visitors are unbeaten in three of the last four encounters against this team. They won this fixture last time by scoring two goals. We can back the visitors to win this fixture. As their opponents are having an abysmal form.

Furthermore, our second tip for this game is that Conor Chaplin will score anytime – the odd for this tip will be at 2.50. He scored the equaliser against Portsmouth recently. Do note that he is on a two-game goal-scoring streak as well.