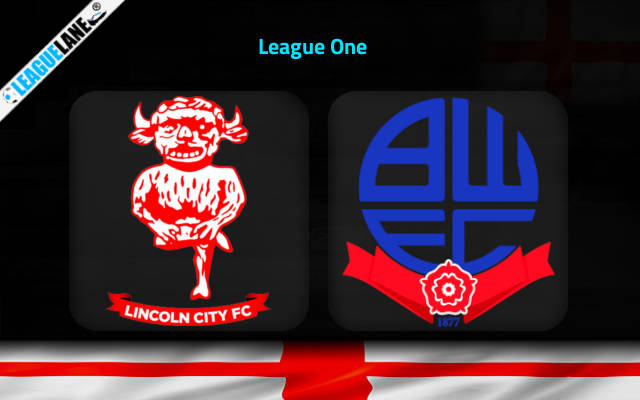 Lincoln City vs Bolton Predictions and Free Tips from our expert tipsters when the teams go head-to-head in League One on Friday, 30 December 2022.

Bolton played a good game against Derby last time and will face Lincoln City for the final game of the year. They are presently fifth in the league and are unbeaten in four of their last five outings.

At the same time, Lincoln suffered a heavy 3-0 defeat against Burton last time. This is their second consecutive defeat in all competitions.

Both teams already met two times this year and the visitors won on both occasions.

The last time the host won this fixture was over two years ago. Since 2010, both teams have played against each other on five occasions and the visitors won four of those matches. Bolton have dominated this fixture in the last ten years.

Who will win the match between Lincoln City and Bolton?

Both teams have not scored consistently in this fixture. They have both scored on just two occasions in the last five meetings. We can expect the same pattern to follow up this time as well.

Our second tip is that Dion Charles to score anytime – at 2.62. He scored three goals in his last two appearances. Including a brace against Shrewsbury.