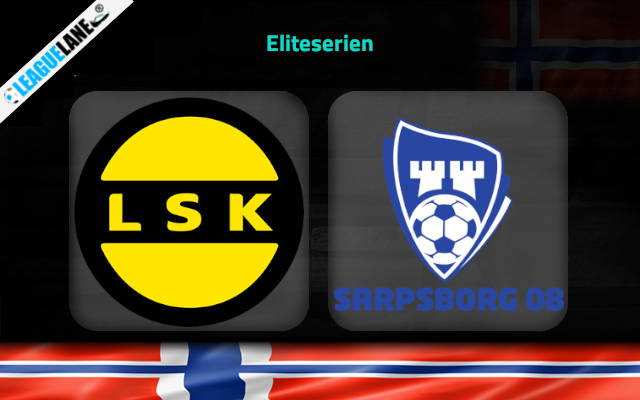 Round 6 of Eliteserien will witness the unbeaten Lillestrom hosting Sarpsborg who are on back to back league wins. These two sides will lock horns at Åråsen Stadion, this Monday.

Lillestrom is at the 2nd spot on the standing with 14 points from 6 games. They won 4 times in the league while drew twice so far. The hosts have scored at least one goal in their last 9 league games and they need only 3 more points to overtake Viking for the top spot. They are the only side to not lose this season.

The hosts are unbeaten this season across all competitions and they grabbed an impressive point away at Bodo/Glimt on last Sunday to stay within touching distance of the top of the Eliteserien. They have also seen keeping a clean sheet in their last 4 home matches in the league.

On the other side, Sarpsborg resides at the 4th position on the table with 10 points. Of the 5 matches played, they lost and drew one time each while winning on thrice so far. Travelling Sarpsborg have proved a real surprise package so far this season but they have conceded an average of 2 goals in away Eliteserien games.

Sarpsborg had a 1-0 win at home to Odd making it 4 matches unbeaten since losing their opening fixture to leaders Viking. The visitors have won both of their away games so far, by 2-3 at Kristiansund and a huge 2-5 at Tromso more recently.

No defeats can be found in Lillestrom’s 9 most recent games in Eliteserien. They also won all 3 home games played this season while maintaining cleansheets on each and netting 7 in total. They ave scored at least once from their last 9 league games while coming here.

Meanwhile, Sarpsborg won all the 2 away games played this season and remain undefeated in their last 6 away league games in a row. But they are winless against this home side when having played them away from home in the previous 3 league matches.

A tight encounter can be seen here while avoiding the result altogether might be the best choice.