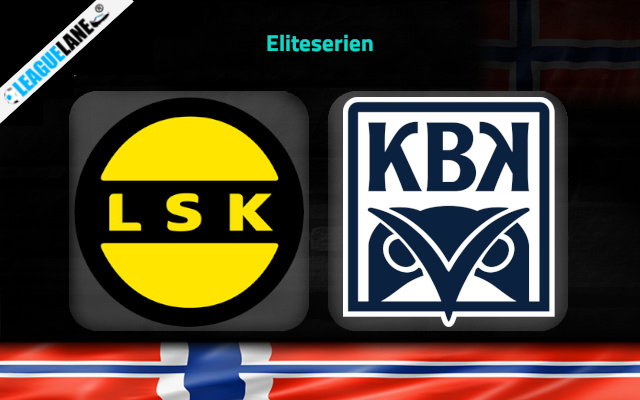 Both Lillestrom and Kristiansund have been pretty easy to break down lately and we can’t see either side keeping things tight at the back when they come across each other.

Kristiansund generally play much better at home (claimed 9 of their 12 league wins in their own backyard). They have lost four of the last five away outings in all competitions, shipping at least three goals in each of these defeats.

Lillestrom and Kristiansund are set to open the Matchday No 22 in the elite class of Norwegian football on Saturday afternoon at Arasen Stadion.

Both teams have confounded the pre-season expectations. Lillestrom sit comfortably in the top half of the standings just after earning the promotion from the second tier football, while Kristiansund hold the sky-high third place after 21 rounds.

Nevertheless, we must say that the hosts have had serious issues with the lack of defensive meticulousness lately.

They lost three of the last four Eliteserien affairs , conceding at least two goals in each of these four outings along the way.

Lillestrom kept only one clean sheet in the last eight league outings. However, they do have the second-best scorer in the league in their ranks.

Thomas Olsen has been spectacular so far in the season for Lillestrom. The team’s No 10 has 19 goals to his name so far and he has found the back of the net in six consecutive games across competitions going into this tie with Kristiansund.

The visitors have also been sloppy at the back lately, allowing at least two goals in three of the last four league outings.

They did beat Rosenborg 1-0 in the previous round, but it was a match in which they had an extra player throughout the whole 90 minutes (Rosenborg’s right back Adam Andersson got sent off in the very first minute of the game).

Tips for Lillestrom vs Kristiansund