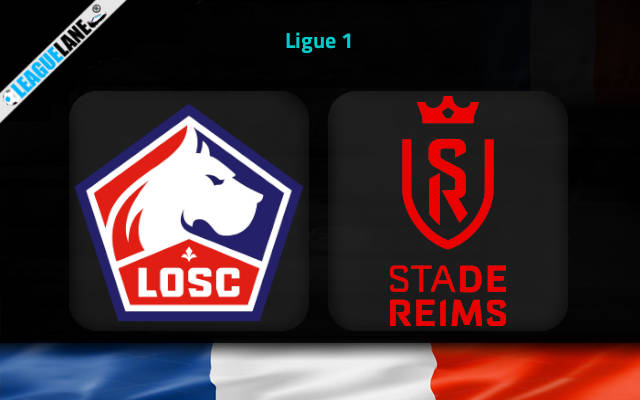 Lille vs Reims Predictions and Free Tips from our expert tipsters when the teams go head-to-head in Ligue 1 on Monday, 2 January 2023.

Lille got their ninth win of the season as they defeated Clermont by 2-0. They have prepared well during the break and played in various friendly fixtures earlier last month. This victory helped them climb to the sixth position on the table.

Meanwhile, Reims have a lot of work to do, as they have one of the worst away forms in the league. The last time they won an away game was back in August.

Back in April, the visitors won this fixture by 2-1. In the last two years, both teams have played in four head-to-head matches and the host have won on three occasions.

It is worth knowing that at Stade Pierre-Mauroy, the host remains unbeaten against this team since 2014.

Who will win the match between Lille and Reims?

Reims are yet to win an away fixture in the last five months. Also, they are winless in two of their last five outings. We can back the host to win this fixture. They have a decent winning record at home this season. They are unbeaten since October at Stade Pierre-Mauroy.

In the last three encounters between these two sides, more than 2.5 goals have been scored. We can expect the same trend to occur this time as well.

Both teams have scored in the last three head-to-head matches. It is likely that both teams will score in this fixture. Lille found the back of the net twice when they played against Clermont recently.

You can back the following, as our first tip is that Over 2.5 goals with Both teams to score – at 2.20 odd. The last three matches between these two teams ended with three goals being scored combined.

Our second tip is that Lille will win this game – at 1.60. At this ground the host are unbeaten since the last eight years against this team. Not to mention that they have won this fixture on three of the last four occasions.