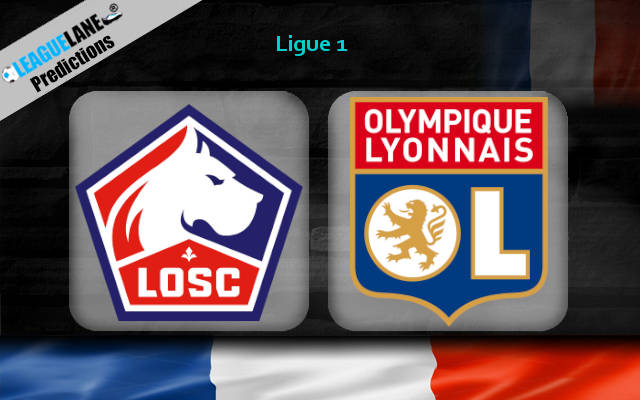 This game has all the makings of being a titanic battle as Lille take on Lyon to get a foot holding in Ligue 1 to wrap up another weekend of games.

Lille’s form is good coming into this game and they have collected 11 points from their last 15 and sit in 2nd place. In fact it is only goal difference over PSG that is stopping them from leading in the league.

Last weekend Lille drew 1-1 at Nice but at home they have remained unbeaten with 3 wins and one draw. Their last home game finished in a fantastic 4-0 win over in form Lens and the team look powerful, strong and full of confidence.

Lyon have no defeats in their last five games and have won back to back games coming into this one. Last weekend they put down a good marker by beating Monaco 4-1 and the team are full of goals- scoring 7 in their last two games.

They have remained inconsistent away from home though with just 1 victory from the four games played.

Lille vs Lyon Head to Head

Both clubs are looking strong coming into this game and that is why we think this could be a classic match in the making.

We are expecting end to end football where both goalkeepers and defences will be very busy. But we will pick Lille to get the win. They have a good record against Lyon but also Lyon has showed shades of last season where they have a good few weeks and then fade like someone taking one step forward but two steps back. The icing on the cake is that this is an away game for Lyon and they have not convinced on the road this season.

Let’s also back Burak Yilmaz to get on the score sheet for Lille, the striker has been on good form and will fancy adding to his goal tally on Sunday evening.