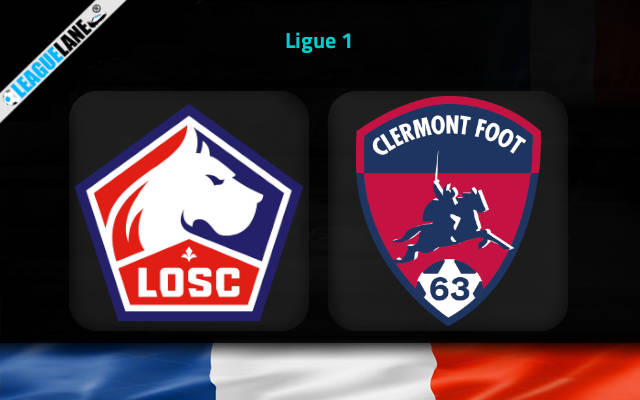 Lille vs Clermont Foot Predictions and Free Tips from our expert tipsters when the teams go head-to-head in French Ligue 1 on Wednesday, 1 February 2023.

Former champions Lille are giving their best in pursuit of a spot in the top-five of the table. Particularly at their home they have been a tough nut to crack so far.

Meanwhile, Clermont Foot have started the new year on a great note. They did drop several points earlier in the campaign, but are in the process of making amends for it.

Lille have a phenomenal h2h record against this opponent. In fact, they registered a 0-2 win on the road in the reverse fixture, and just before that they delivered a 4-0 win at home.

They also have a 100% winning record at home against this opponent in the past decade.

Who will win the match between Lille and Clermont Foot?

Lille have a perfect winning record at home in h2h clashes in the past decade. On top of that they recorded a 0-2 win on the road in the reverse fixture – just a few weeks before. Now they are at home.

Meanwhile, Clermont have not been consistent this season. In fact, they were able to deliver just three wins in the league since the second week of October.

As things stand, count on former champions Lille to post the three points on the board.

Lille scored nine goals from their last three appearances at home, and importantly they scored six goals from the past two h2h clashes combined. On top of that, Clermont registered a single clean sheet on the road in league games since the second week of September.

It appears that chances are quite high for goals to come in plenty this Wednesday.

The former champions are determined to climb into the top-most tier at any cost, and it would be unwise to bet against them. Chances are low for the guests to find the back of the net this Wednesday.

Lille have a 100% winning record in h2h meetings this past decade – barring a single clash. In fact, they delivered a 0-2 win on the road in the reverse fixture, and now they are at home, with a chance to make it to the top-five.

Moreover, they have a combined scorecard of 6-0 from the last two h2h clashes, and importantly they have been totally unbeaten at home in all competitions since August of 2022. As a matter of fact, barring two draws, they have a perfect winning record during this stretch.

Clermont have just two league wins to their name on the road in the past four months, and for sure they are on the backfoot.

Going on, Lille just love to score against this opponent. In fact, they slotted in six goals from the past two h2h meetings. On top of that they found the back of the net nine times from their past three appearances at home.

Add to this the fact that Clermont have just two clean sheets to their name on the road since April of 2022.

For the reasons, the Over 2.5 Match Goals wager looks very promising at an odd of 1.80.