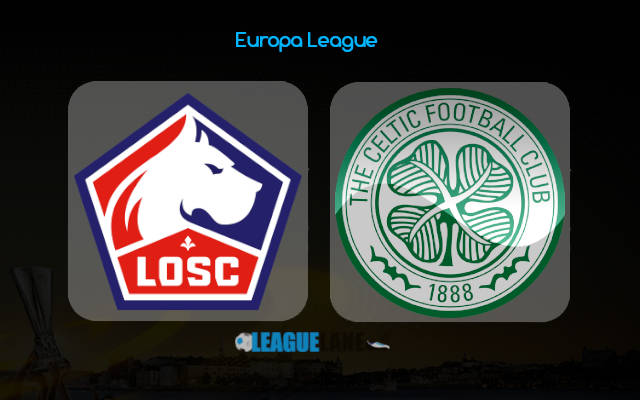 This new football season is slowly turning into a disaster for Celtic FC. Their fans are just not used to early eliminations from UEFA Champions League qualifiers (which was the case against Ferencvaros), 2nd place in the Premiership and losing Old Firm derbies like Bhoys did ten days ago.

Situation is more than alarming, with a lot of pressure being put on Neil Lennon’s back. The squad even lost the first Europa League clash to AC Milan at home, so trip to France this Thursday might be of crucial importance.

Lille are looking super-strong lately, so it’s no wonder to see 1.61 odds offered on home victory for this clash.

This is going to be the first time to see Lille go against Celtic FC in an official match.

If they manage to keep up their form at current level, Lille OSC are seriously going to challenge Paris SG in Ligue 1 title race this season. Coach Christophe Galtier is doing phenomenal work with the squad, having collected 18 points from opening eight duels and sharing the first spot on the table.

Lille have rock-solid defense which conceded only three goals so far, and being the only undefeated team in the league. Out of four appearances at this stadium, they were victorious in three.

Addition of 35-years old veteran Burak Yilmaz turned out to be a great move, as he returned the favour with four domestic goals. Yusuf Yazici was the main star in last week’s clash against Sparta Prague on the road in 4-1 FT victory.

Celtic FC were easily defeated at home ground by Rossoneri, so in order to keep UEL playoff hopes alive, they will have to aim for the win here. 3-3 draw against Aberdeen during the weekend surely wasn’t big confidence booster. We don’t think Bhoys are ready to stop Lille at this point.