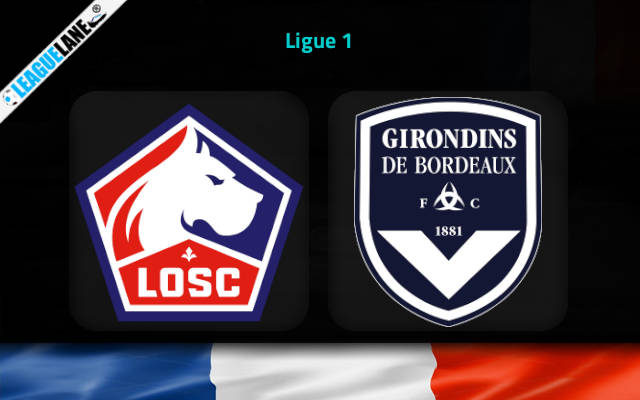 The current Ligue 1 champions are no where near the title defense as they are 19 points away from PSG who are now leading the table. They are set host the rock bottomed Bordeaux on Saturday night at Stade Pierre-Mauroy.

The Mastiffs resides just below the Europa Conference League qualification spot. They are at the 6th position on the table with 46 points. Of the 29 matches played, they won 12 games in the league while drawing on 10 and losing on 7 other occasions.

Lille is currently on a 6-game unbeaten run in the league. They won against Nantes previously by 1-0. In 5 of the prior 6 clashes featuring them, a notably low volume of goals have been struck between them and their opponents with the average goals for LOSC being 1.

On the flip side, Bordeaux need improve their performance and earn more wins if they wish to escape the relegation zone. They are placed dead last on the league table with only 22 points from 29 games. They lost 15 matches in the league while winning only 4 times this season.

Bordeaux are without a win since the last 7 games played in the league. They recently marked their third consecutive league loss against Montpellier by 0-2 margin. This team has the worst conceding figure in the league with 70 in total.

Lille lost their last home game against the current champions of Europe, Chelsea by 2-1. They however remain unbeaten in the last 3 league games played at home.

Bordeaux lost 5 of their last 6 games played on road. They won only twice of their 14 away fixtures this season and remain awful on road.

We envisage a home win this Saturday, as the current league champions are way better against this shattered away side who are soon to be relegated.