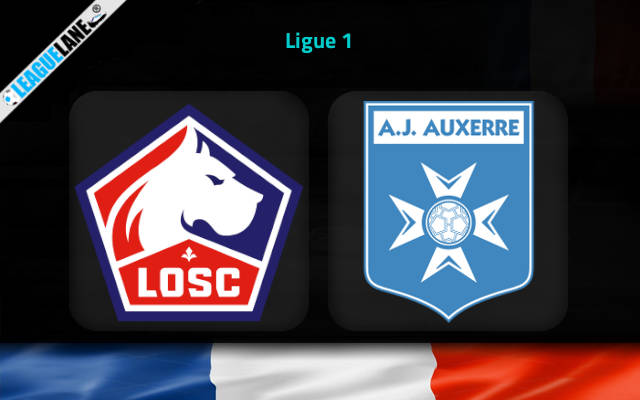 Former champions Lille had a disappointing campaign the last season in the French top flight as they had to settle for a mid-table finish. It goes without saying that they will be back with a vengeance and in front of their home crowd this Sunday they will be determined to deliver a crushing win against the recently-promoted Auxerre.

Auxerre had secured a 3rd place finish the last season in the second division and will be excited to start their new journey. But they have a challenging period ahead. Right away they are expected to start against former champions, and that too on the road.

On top of that their recent defensive performances have not at all been impressive and they have also struggled to show consistency on the road. In addition, their inexperience against veteran teams from the top flight will also act as a hurdle.

Meanwhile take into account the fact that Lille had won the title the season before and in the process they had even overtaken the likes of PSG.

Lately they have been on a good run are finding the back of the net in huge numbers. Moreover, they are also on a good run in front of their home crowd.

And on top of all this they also have a dominant head-to-head record against Auxerre and judging these observations, expect a win for Lille this Sunday.

Lille were unbeaten in 5 of their past 6 overall fixtures and they had scored 2 or more goals in 4 of their previous 6 matches as well. Do also note that they have lost a total of just 4 times at home since August of 2021.

On the other hand, Auxerre had failed to keep clean sheets in 8 of their past 9 overall matches and they were also winless in 3 of their past 6 road trips. Moreover, they have a poor head-to-head record against this opponent as well.

Taking into account these observations, expect a victory for Lille this Sunday.

Tips for Lille vs Auxerre