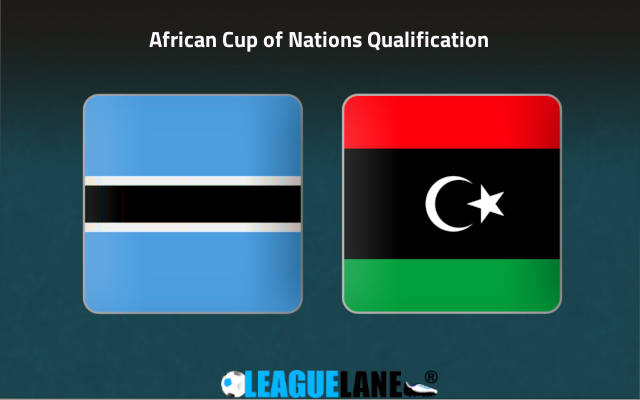 Libya is set to host to the visiting Botswana in a match of Round 1 in Group J at Africa Cup of Nations qualifiers, this Wednesday at Martyrs of February Stadium in Benghazi.

Libya come into this on the back of a 0-2 away defeat against Mauritania in an International friendly. They played 4 friendly games after their World Cup Qualifiers where in which they were unable to get qualified. The Mediterranean Knights won two of the friendly games against Kuwait and Niger by scoring twice on each while they failed to win on the remaining 2 games.

Libyan Football Federation decided that after the two friendly matches against Kuwait, not to renew the contract with Spanish coach of the first team, Javier Clemente due to his failure to lead the national team to the decisive stage of the Qatar 2022 World Cup qualifiers, and to the FIFA Arab Cup 2021 in Qatar.

On the other side, Botswana’s last International game was held in 2021 at the COSAFA Cup where they failed to make it to the Play Offs. They won only one game from that group and they last played was against Eswatini where the two sides settled for a 1-1 draw in the same COSAFA Cup.

Botswana’s National team’s only appearance at the Africa Cup of Nations to date came in 2012. They usually get eliminated from the qualifiers after failing to showcase positive displays. With hopes held high, The Zebras come here on to get a qualification for the 2023 AFCON.

Both these sides met only once and that took place in 2007 and an International Friendly where they settled for a goal-less draw in the end.

Libya won and lost twice from their last 4 friendly games and they are highly inconsistent team. They however got to the second stage of World Cup qualifiers but were unable to secure a promotion.

Both these sides have never met recently and last time they both crossed paths was in 2007 at an International Friendly where they both settled for a goal-less draw in the end.

By the looks of things, expect a victory for Libya this Wednesday.