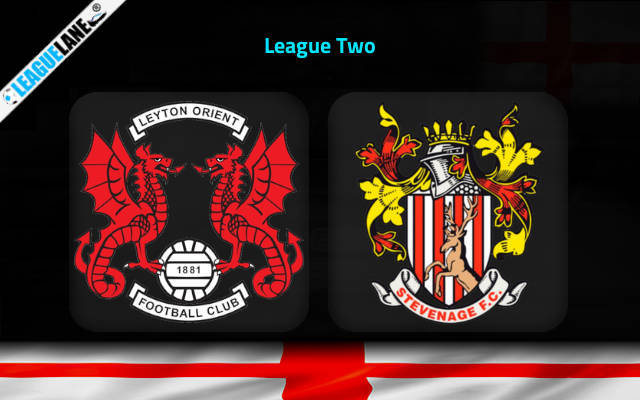 Leyton Orient vs Stevenage Predictions and Free Tips from our expert tipsters when the teams go head-to-head in League Two on Tuesday, 27 December 2022.

Leyton Orient will prepare for a crucial game as they will face their rivals Stevenage. They have a comfortable seven-point lead against them this season. They recently defeated Sutton United by 2-0.

Stevenage are lacking consistency this season. Every alternate game is ending in a stalemate for them following their 1-0 win over Hartlepool last month. They are also out of the Football League Trophy competition as they lost to Portsmouth by 3-0.

The last three head-to-head matches ended in a stalemate. The host are unbeaten in the last seven encounters at their home ground against this team.

The last time the visitors won this fixture at Brisbane Road was over ten years ago.

Who will win the match between Leyton Orient and Stevenage?

Leyton will most likely win this fixture. They are the table toppers and are on a four-game winning streak. Moreover, they have performed well against this team when they play at Brisbane Road.

On top of that, the visitors are winless in three of their last five away trips in all competitions.

Three of the last four head-to-head encounters ended with not more than two goals being scored.

Both teams have scored in only one of the last three head-to-head meetings at Brisbane Road. It is unlikely that both teams will find the back of the net.

The first tip is that Leyton will win this game – at 2.25. They are unbeaten at home in the last six head-to-head matches. Moreover, they have the best winning form in the league presently.

Our second tip is that Paul Smyth to score anytime – at 3.50. He scored two goals in his last two appearances. Moreover, he scored the opening goal against Sutton United last time.