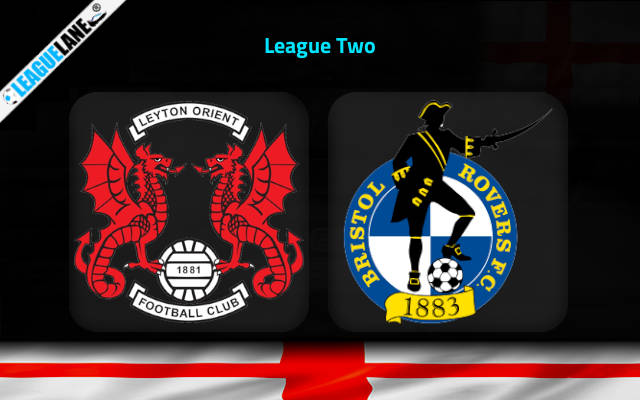 With a poor month of December, Leyton Orient has slipped in their position in the League Two table.

Bristol Rovers meanwhile are set to compete for the first time in over 20 days, this Sunday when they travel to London at Brisbane Road.

The O’s were last seen in a 1-0 loss away from home against Tranmere Rovers. This was their 3rd loss in four games.

With four points from their previous five league fixtures, the club is 10th in the league table, three points away from a spot in the playoffs.

The Gas’ previous match saw them register a 4-2 win against Rochdale at home. The result was their first win in five fixtures.

Having gained a further two points from those fixtures, the club is 17th in the table, five points behind their opponents for the New Year.

The hosts have lost just one League Two fixture in their last nine games at home, winning five matches among them.

The visitors on the other hand have just a win in their previous five league fixtures away from Memorial Stadium.

Considering the form of both teams involved in the fixture, the hosts should seal all three points this Saturday.

Despite a rather worrying run of away fixtures, the visitors are averaging one goal per game in their away fixtures in the league this season and have scored in five of their previous six away fixtures. With this record taken into consideration, I have backed both teams to score.