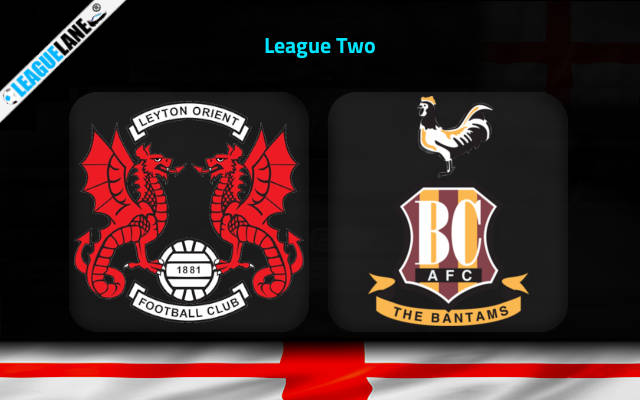 League leaders Leyton will look to extend their winning streak as they will take on Bradford at Brisbane Road on matchday 20.

The team led by Richie Wellens got an important victory previously as they defeated Stockport by 2-1. This victory helped them get a five-point cushion over their nearest rival in the table ranking. Omar Beckles scored the winning goal in that game.

On the other hand, Bradford fans were shocked as their team lost to Northampton Town by 3-1. Andy Cook could only score a consolation goal in that game.

This result also ended their six-game unbeaten run. Now they are in the fifth position on the table.

Another interesting fact is that both teams are separated by twelve points. This shows how dominant the host have been since the start of the campaign. Moreover, they have only lost once this month which was against AFC Wimbledon.

The visitors most recently lost to Salford City in the Football League Trophy competition. This has affected the team’s mentality. Now they will face their biggest challenge as the league leaders are in excellent form.

You can back the following, as our first tip is that Leyton Orient will win by 2-0 – at 9.50 odd. This is after considering that the host have won the most recent match at Brisbane Road by 2-0 against Bradford. Also, they are the league leaders having lost only twice this season.

Furthermore, our second tip for this game is that Leyton Orient will keep a clean sheet – the odd for this tip will be at 2.50 odd. The main reason behind this tip is that the home team have kept a clean sheet in their last three consecutive home matches against Bradford.