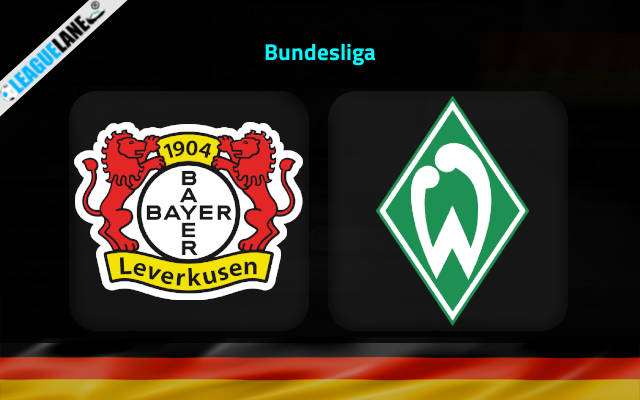 Bayer Leverkusen finally produced a performance worth of their reputation on Tuesday evening when they stunned Atletico Madrid 2-0 in the second round of the UEFA Champions League.

Could this win be the turning point of the season for Gerardo Seoane and his troops? Leverkusen thus returned to contention for the knockout phase of the elite continental competition despite falling to Club Brugge on the opening day.

However, the Swiss manager has a lot of work to do to improve the team’s fortunes in the domestic league.

Bayer are second from bottom in the Bundesliga standings after six rounds of the competition. They have a record of one win, one draw, and four defeats in the process.

The lack of defensive meticulousness has been the main problem for Seoane and his men so far in the season because Die Werkself allowed eleven goals in the opening six rounds.

Leverkusen could thus easily struggle to keep things quiet at the back here against Werder Bremen who are playing attractive attacking-minded football under Ole Werner at the start of the season.

Bremen have two wins, draws, and defeats in the inaugural six rounds. They boast one of the best attacking records in the competition with 12 goals in 6 matches. Nevertheless, it is also worth noting that Werder have conceded 11 goals during the same period.

This is a textbook example of an Over 2.5 goals FT & Both Teams To Score pick. Both outfits have been easy to break down at the beginning of the season and they are both well capable of scoring goals.

You can back the Over 2.5 goals FT & BTTS pick at the 1.80 odds. We are also very interested in the 3.50 odds offered for Moussa Diaby to score anytime for the hosts after he found the net in the mid-week’s win over Atletico Madrid.