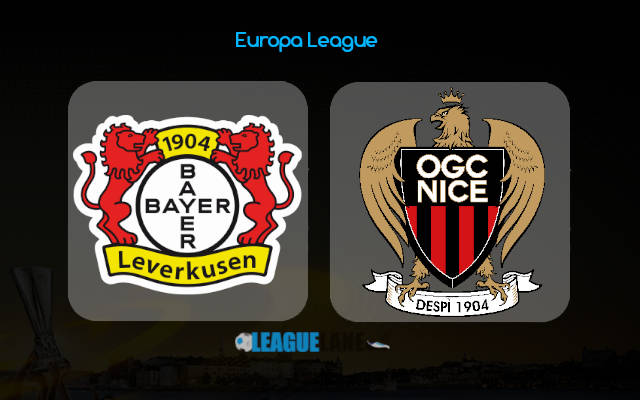 The German contingents will push for an easy opening win at home when hosting their French adversaries in the Europa League group stage clash on Thursday. The Bay Arena will witness Bayer Leverkusen lock horns with OGC Nice for an early point in the group.

The host has been unbeaten in their last five clashes across major contests in the schedule, following a 0-1 win on the road against the likes of Mainz in the Bundesliga. Their previous EL clash resulted in a 2-1 loss on the road to Inter Milan in last season quarter-finals.

Having suffered three winless fixtures in their schedule, Nice is on a two-game winning streak in the French Ligue 1 this season. They will visit on the back of a 1-3 away win against St. Etienne last time out in the Ligue 1.

The match does not promise many goals in the ninety minutes regarding both teams, not the biggest scoring machines in their respective domestic leagues.

Bayer Leverkusen was at the fifth spot in the Bundesliga last season and has three draws in the recent four clashes. This shows that the host doesn’t pose the brightest attacks in the middle.

Nice is not any different in their form, having won only two of their last five fixtures. Three of their past five defeats came in their away fixtures, which hold them back prior to the upcoming match.

Since the match is sizing to be a tight encounter, we can expect it to be a low-scoring affair. The tip for under 3.5 goals will serve the purpose from the goals area in the clash.

The home win in full-time will probably be the best bet for the punters in the encounter to yield decent returns on the back of their ground advantage.