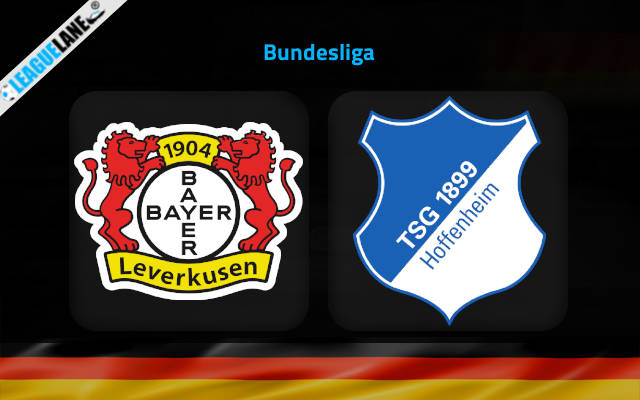 Bayer Leverkusen could have hardly imagined a worse start to the season. They were shocked by lower-division Elversberg at the start of the DFB Pokal campaign, falling 4-3 three weeks ago.

Die Werkself then opened the new Bundesliga season with back-to-back losses to Borussia Dortmund (1-0 on the road) and Augsburg (1-2 at home).

While you may find justification for the loss in Dortmund, the last weekend’s home failure against the likes of Augsburg was a huge disappointment for the team with the ambitions of playing Champions League football next season as well.

The pressure is huge on the Swiss manager Gerardo Seoane who has a talented group of players on his disposal.

Bayer Leverkusen will be desperate to get the inaugural win of the season on Saturday afternoon when they play host to Hoffenheim in one of the most interesting matches of the weekend.

Hoffenheim earned their inaugural victory of the season last weekend, beating Bochum 3-2 after a huge comeback in Sinsheim.

Die Kraichgauer conceded two early goals on the occasion, but they rescued themselves with a phenomenal offensive performance later on.

This match definitely has goals in it. It is not just about tradition but also about the team’s form and playing style at the beginning of the new season.

Hoffenheim have conceded five goals in the opening two rounds against Borussia Monchengladbach and Bochum. They have scored four at the opposite end at the same time. On the other side, Bayer Leverkusen showed their defensive holes in the 4-3 defeat at Elversebreg in DFB Pokal. We have to take the Over 2.5 goals FT & Both Teams To Score pick at the 1.66 odds.