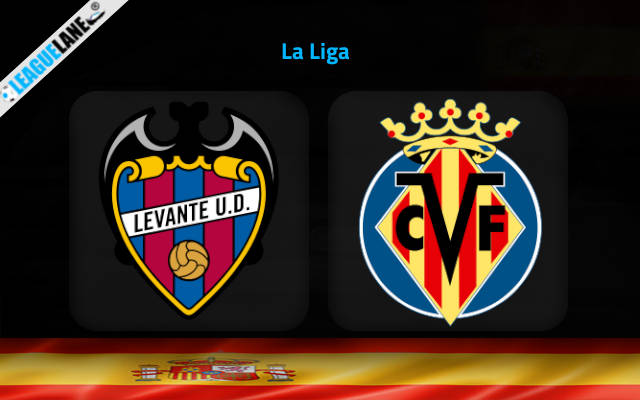 Levante have been the worst team in the Spanish top flight, when overall season is considered.

As expected, they are placed bottom-most in the table, and they need a surplus of at least nine points from the remaining nine games, to avoid relegation. Note that they have so far managed just 19 points in total from 29 match-ups.

So wins and points are in great demand for them, and it no longer makes sense for them to play too safely. Even if there is a chance of getting hammered, they are under pressure to go after the three points.

And this is a dream scenario for the Yellow Submarines, who are placed seventh in the table. They are going after a top-six finish, and need to make up an additional three points to climb to the sixth position.

This match-up against the dead-last placed squad could not have come up at a better time for them. Count on Villarreal to make the most of this game, and deliver a convincing win this weekend.

Levante lost 3-1 on the road the last match-day, against Osasuna. They were winless in 27 of their past 31 overall fixtures, and in the process they had gone on two separate three-game losing streaks, and a four-fixture losing run.

On the other hand, Villarreal did lose 1-0 on the road the past game week, against Cadiz. But they had won three of their past five overall fixtures, and they had also remained unbeaten in 15 of their past 19 match-ups.

Do also note that they had won six of their former ten road trips.

Taking into account these observations, expect a win for Villarreal this weekend, and anticipate goals in plenty as well.

Tips for Levante vs Villarreal