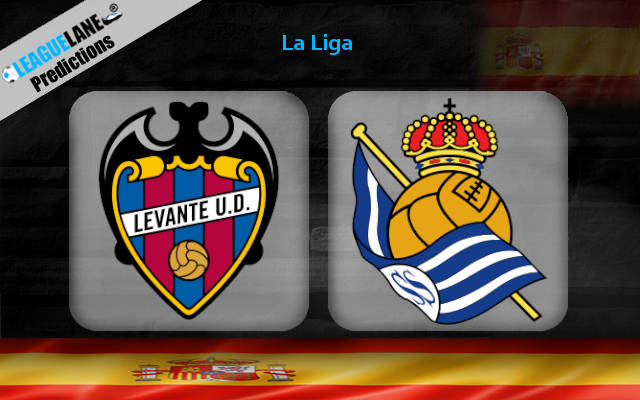 Levante broke their unbeaten streak in the last league clash after recording their second win this term in the match before that, in the schedule. Their previous encounter was on the road and they lost to Barcelona with a 1-0 score on the board.

Real Sociedad is back on the top of the table after Atletico Madrid’s loss this week. Having lost only one of their 13 fixtures so far in the campaign, La Real will be real trouble for the host. The 1-1 draw at home with Eibar has been the third consecutive draw in their league schedule.

Levante was slowly making progress in the league this season. They have climbed out of the relegation zone as of now, with 11 points from 12 appearances. However, the host is 15 points behind the traveling side on the table as it stands.

The host enjoys the ground advantage in the game, but their squad strength is not likely to hold against Real Sociedad at their best in the campaign. La Real holds an unbeaten streak in the campaign, having lost only one of their 13 fixtures so far this season.

Since the away team is closer to creating more opportunities in the game, they are the favorites to win in the clash. The draw no bet over Real Sociedad will probably be the best bet for the punters in the encounter to yield decent returns.

Along with that, the tip for La Real to win either half of the match will also come in handy for the punters in the encounter, regarding their decent form on the road.