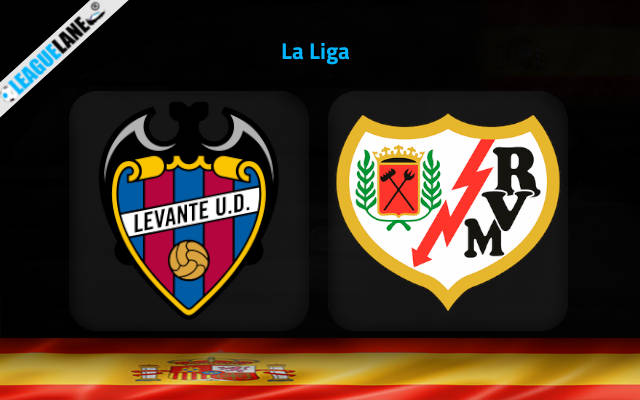 Levante welcome Rayo Vallecano who have been boosted by the arrival of Colombian icon, Radamel Falcao as the Granotes will be aiming for all three points.

The hosts currently sit in 13th position on the table with just 2 points on board.

They have already made their mark against Real Madrid in match week 2 where they were a part of an enthralling and exciting 3-3 draw.

In that game, Roger Martí, José Campaña and Róber Pier got on the score sheet in the 46th, 57th and 79th minute of the game respectively.

The following week, the Granotes succumbed to a 1-0 defeat against Real Sociedad as Ander Barrenetxea scored a goal in the 42nd minute of the game.

In that game, Levante were unable to make a difference in front of goal as they had 6 shots on goal, but none of them were on target.

On the other hand, Rayo Vallecano fans will be delighted with the arrival of Radamel Falcao who left Galatasaray after he terminated his contract to arrive in Spain.

The visitors currently sit in 10th position in the table after 3 league games with 3 points on board.

They got their 3 points after an impressive 4-0 win against Granada at home.

The visitors will be looking to take the victory against Granada and use it as their motivation to keep going forward in the league.

The Granotes are a much settled and aggressive side while they are on the attack.

Their style of play will get them over the line against Rayo as their loss against Real Sociedad will not cause any major discomfort in the Levante camp.

Both sides will be looking to start their first game after the international break on a high with a win.

This should see that there will be goals from both teams.

We strongly back the odds at 1.80 that both teams are going to score in this game.