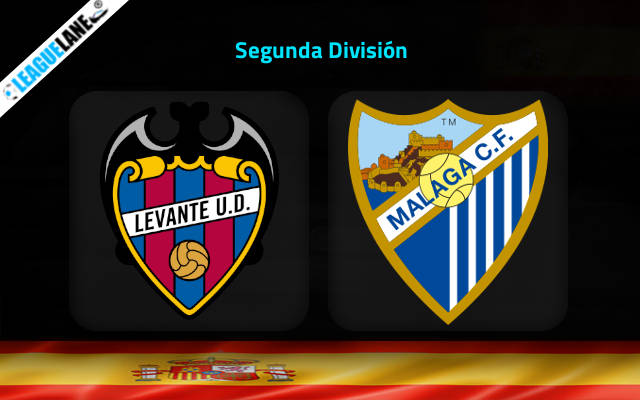 Levante are placed fourth in the table, and have been one of the most consistent teams lately in the Spanish second division. They are also at home, and are high on spirits as they are pitted against the relegation-threatened Malaga.

Malaga are placed second to last in the table, and they have one of the weakest defenses in the entire league. In fact, only three teams in the Segunda managed to concede more than them this season.

They are of course one of the worst on the road. They have a 100% winless record barring a single victory, and barring two other draws, they have a 100% losing record as well.

Moving on, along with the toppers, there are only three teams in the entire Spanish second division that managed to stay unbeaten in the past five game weeks – and Levante are one of them.

They were relegated from the top flight only at the end of the last season, and they have been showing that quality in abundance. In fact, they regularly took on some of the best teams in the world during their stint in the first division.

Currently they are on a good streak of results at home, and most importantly they have a dominant h2h record against this foe over the years.

For the reasons, expect a win for Levante this Sunday.

Levante are on a long unbeaten run that stretches back two months. And at home – barring just two draws and two losses, they have a perfect winning record since April.

On the other hand, Malaga won just four times in the past seven months, and during this course they went on several losing streaks. They also won just once on the road since May, and in the process they let in goals in huge numbers

Taking into account these observations, expect a win for Levante this Sunday at their home.

Tips for Levante vs Malaga