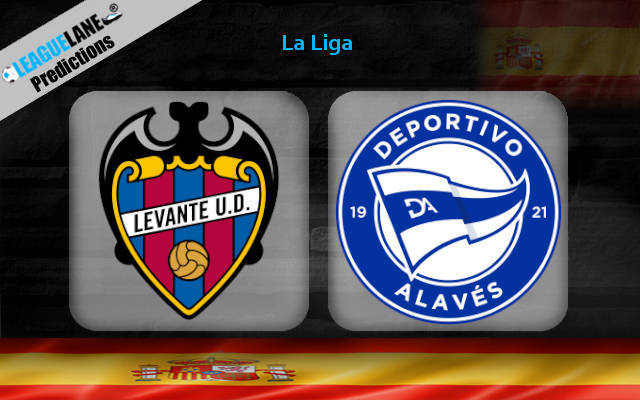 Levante has been winless for the past five clashes in the league this season. Their last two matches have ended in a draw, which slightly improves the morale of the players. They will host after a 1-1 draw on the road against Granada last time out in the campaign.

Alaves has lost only one of their recent four fixtures in the campaign. Their draw with Barcelona in the previous encounter was an appreciated effort as it ended in a 1-1 draw. They have picked up 8 points in the league from 2 wins and draws each in their schedule this term.

Levante’s winless streak continues to the fifth game in their league schedule, and it will not be the ideal conditions to host a team above them in the table. Besides, Alaves will come in confidence on the back of two unbeaten games, including a draw with the Spanish giants, Barcelona.

The Granota enjoys the ground advantage in the game, but their winless run doesn’t aid the use of that in the middle. It has to be noted that Pablo Machin is unbeaten in his last six h2h meetings with Levante whilst both teams scored in four of those fixtures.

The match is sizing to be a tight encounter, but the form of the away side slightly promises a couple of goals in the ninety minutes. So, the tip for over 1.5 goals will probably be the best bet for the punters. The double chance favoring Alaves will probably serve the purpose to yield decent returns in the encounter.