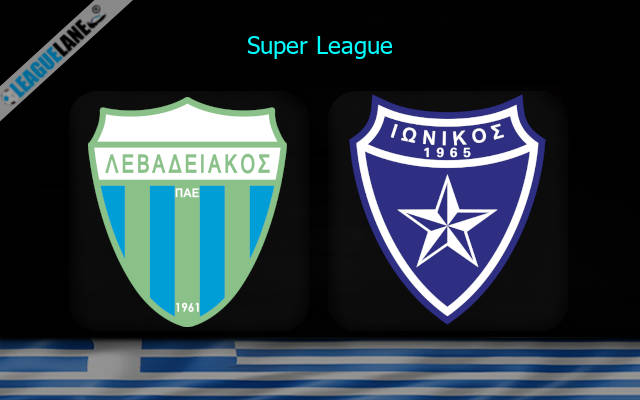 Levadiakos vs Ionikos Predictions and Free Tips from our expert tipsters when the teams go head-to-head in the Greece Super League on Wednesday, 28 December 2022.

Neither Levadiakos nor Ionikos have been enjoring a decent run so far in this season. They both have failed to seal enough of three pointers and sits bottom of the league standings at present.

Ionikos are at bottom of the league standings while Levadiakos sit one spot above them. Both these sides will be aiming to seal their second win of this season on Wednesday.

Levadiakos can rely on the recent tradition since they managed to remain unbeaten in the last three encounters against Ionikos.

They have only met thrice at this stadium. Both teams have won one apiece and the other ended in a score draw.

Who will win the match between Levadiakos vs Ionikos?

Levadiakos lone victory in this season was recorded at home. It is worth mentioning that they have managed to record two unbeaten displays in the last three home encounters.

On the other side, Ionikos’ only win this season cam on the road. However, they lost all other away matches in this campaign. In that case, Levadiakos will have a slight edge over Ionikos here.

Ionikos have been allowing goals in a worrying fashion all through this campaign. On the road, they have let in goals at a rate of 2 goals per game.

Therefore, we expect over 2.5 goals ft at Levadia Stadium on Wednesday when these two lock horns.

Neither of these two sides are in possession of a defensive side which is capable of preventing goals. They both have been letting goals consistently of late. In that case, expect goals from both ends of Levadia Stadium.

Levadiakos have a slight edge over this Ionikos when comparing the current league stats. We like to back them to seal a win at 2.30 odds.

For the second tip, both teams to score at 2.00 odds seem to be decent as they both have a weak defensive side.