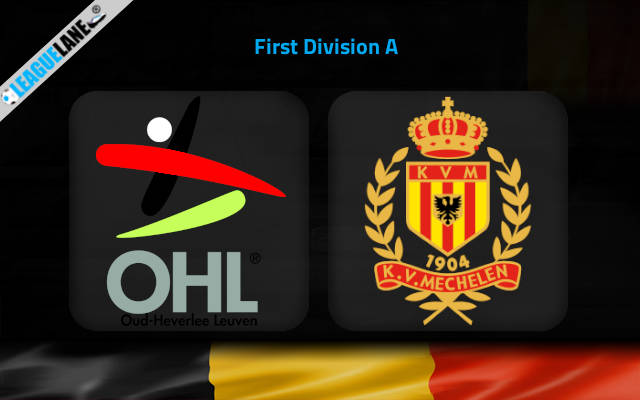 OH Leuven has won 2 back to back games after a hat-trick run of losses in the league.
With 7 points higher, KV Mechelen stands in the zone for promotion to Conference League group with winning and losing games consecutively. The hosts are set to welcome the guests at Den Dreef this Saturday hoping to extend their winning streak to three.

Oud-Heverlee Leuven is at the 10th spot on the standing with 26 points from 21 games. They won 6 times in the league while drawing on 8 and losing on 7 other occasions. They have scored 29 in total while conceding a sum of 34 which shows that they lack defensive tactics in the competition.

Over their past six clashes, OHL have seen 12 goals go past them while only netting in only 8 for themselves. They recently won against Charleroi closing last year with a 3-0 victory. On their opening match of the year, they lost at a Club friendly against Heidenheim by 1-3.

On the other hand, KV Mechelen resides at the 6th position on the table with 33 points. Of the 21 matches played, they won on 10 games while drawing thrice and losing on 8 other occasions. Their total goals to conceding ratio stands the same at 37:37 so far in the league.

De Kakkers have clearly some issues at the back and have been scored against on 5 of their last 6 matches, conceding 12 goals overall. They lost to Wehen by 1-4 in a Club friendly while winning the last league fixture against Seraing by 2-0.

We however expect a home win as the visitors are terrible at away fixtures while the home team are unbeaten in 63 % of the home games played so far this season.